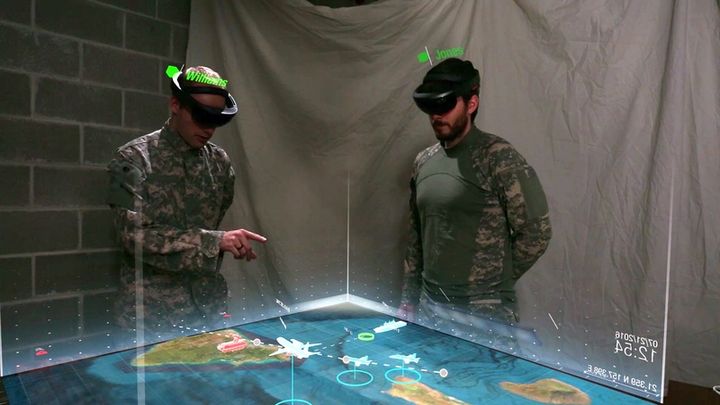 The deal obliged Microsoft to provide the American army with one hundred thousand HoloLens devices enhanced with thermal sensors and night vision capabilities.

Last November, Microsoft signed a $479 million contract to develop new technologies for the U.S. Army. Many employees of the corporation did not like it. They have sent an open letter to the Chief Executive, in which they request withdrawal from the contract.

The contract concerns the development of the so-called Integrated Visual Augmentation System (IVAS). It will make use of the HoloLens Augmented Reality technology to provide soldiers with more information on the battlefield and help them take quicker and more effective action. Under the agreement, the army will receive one hundred thousand prototype goggles. The equipment is to be used both in the training of soldiers and in real military operations.

Microsoft's protesting employees admit that the company had previously sold a license for its products to the U.S. Army, but had never helped directly in the development of weapons. The signatories of the open letter do not want to participate in the development of devices that will help kill people. They also claim that the use of this technology in the army will make warfare similar to video games. This will make them less real for the soldiers, making it easier for them to take lives .

Microsoft CEO, Brad Smith, tried to reassure the employees, claiming that they would be able to move to another department if they felt that dealing with military projects is against their beliefs. However, the signatories of the letter do not accept this argument, because in the case of HoloLens many people have already done most of the work on this technology and have only now discovered that it will be used in the creation of new systems for the American army.

The protest is unlikely to result in the termination of the contract. Not only does the agreement itself cost a large sum of money, but Microsoft has been working with the U.S. Department of Defense for four decades and it is doubtful that the company would wish to spoil these good relations. At most, we can expect more transparency in informing employees about plans to use the technology they are working on.