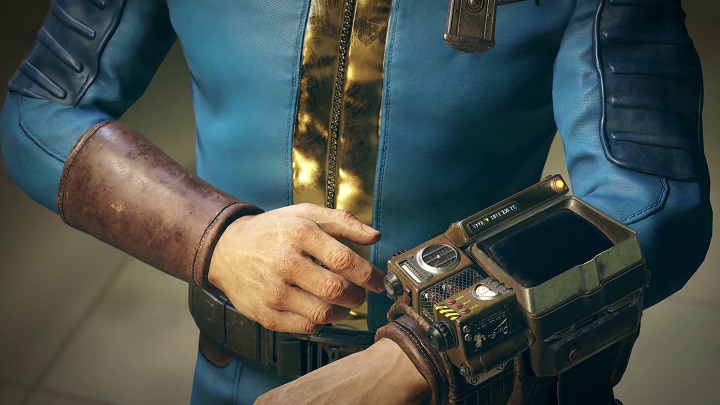 A solid remaster of the third installment or New Vegas could at least partially clear Bethesda's reputation after it was tarnished by Fallout 76.

It would seem that after a spectacular series of Fallout 76-related mishaps Bethesda Softoworks wouldn't be in a hurry to release another production, set in the popular post-apocalyptic universe. Meanwhile, it may turn out that the next game from the cycle is much closer than anyone may have thought. Twitter user Wario64 noticed that a new title from Bethesda appeared on Amazon (and was promptly deleted), marked, for the time being, with a substitute name. Speculations about the relationship between the mysterious production and Fallout, on the other hand, arise from the fact that the following video entry.

was attached to the mysterious title.

We've seen similar looking countdowns and screens in games from this post-apocalyptic cycle, hence the suspicion that Bethesda is preparing for us for yet another installment. However, considering the fact that Fallout 76 made its debut only a few months ago, it seems rather doubtful that it would be a full-fledged continuation. However, it is possible that the company decided to release a remaster of the third part or New Vegas. However, it may well turn out that the mysterious title has nothing to do with the universally-adored franchise. For the time being, all we know about it is that it's coming to PC, PlayStation 4 and Xbox One, and it's due to hit the store shelves by the end of this year.