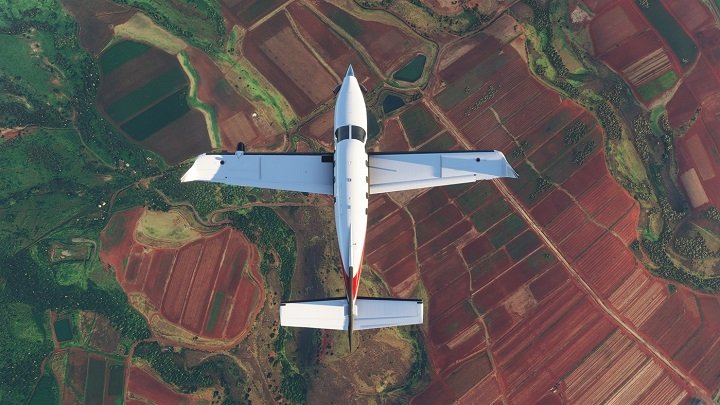 The game is currently only available on PC.

Finally, the day has come, which has long been awaited by fans of flight simulators. Microsoft Flight Simulator, the latest installment of the classic series, made its debut on the market. The game is available only on PC and can be bought both on Steam and in Microsoft Store. The first reviews are very positive and it seems that the title meets the expectations of fans.

The standard version of the game costs $59.99. Two special editions are also available - Deluxe ($89.99) and Premium Deluxe ($119.99), offering additional planes and airports. It is worth mentioning that the game is also available as part of the Game Pass subscription.

The developers also plan to release it on Xbox One, but at a later date.

Flood of players from Kiribati

The debut of Microsoft Flight Simulator is connected with a funny situation, currently jabed at by the community. At the earliest, the game available to the inhabitants of the Republic of Kiribati, a small island state with only 115 thousand inhabitants. Many fans of the series, who couldn't wait for the launch, changed their IP to this region.

Fans are now asking for the skin of the local national carrier, Air Kiribati, to commemorate this event.

Microsoft Flight Simulator is a technologically complex game that makes a lot of use of network functions, so it's no surprise that the launch was accompanied by some issues. Some players complain, for example, about endless loading screens. This is due to the fact that the client suspends data download. Restarting the computer seems to help in such situations.

A lot of people also experience low download speeds. In such situations Microsoft recommends running the Command Line as Administrator and typing the command "netsh int tcp set global autotuninglevel=normal". The company has also published a FAQ with tips on how to deal with crashes and various other bugs in the game.

On the occasion of the launch, new drivers, optimized for Microsoft Flight Simulator, have been published by Nvidia (Game Ready Drivers 452.06) and AMD (Radeon Software Adrenalin 2020 Edition 20.8.2.).