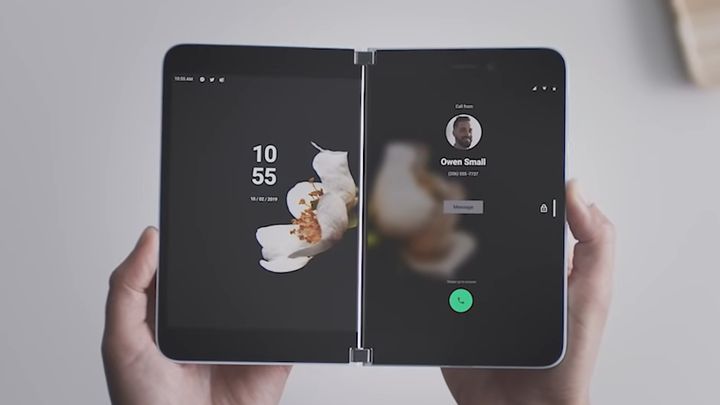 Microsoft announced yesterday Surface Duo - a two screen, foldable smartphone that looks like the... portable Nintendo DS console. The device should hit the market during the holiday season, next year. Below is the first trailer presenting the smartphone in action.

The device will have two 5.6" screens, connected by hinges that enable them to be set in different configurations - for example, at an angle so that the gadget resembles a small laptop, or in the form of a classic smartphone (only with a touch panel at the front and back and an unusually large, for today's times, frame around them). The whole thing will run on Android with a frontend, which will slightly resemble Windows 10.

The device should work quite well in various circumstances - also in games, which the creators did not hesitate to boast about on the trailer. A separate control screen is likely to provide more convenience than a traditional smartphone, although it's certainly not comparable to a real physical controller. Surface Duo can be a good - but probably not very cheap - addition to streaming service (such as xCloud) or, simply, a gadget to play mobile games.

Apart from Surface Duo, there will also be a much larger, two-screen Surface Neo tablet, which will operate on the new Windows 10X operating system.