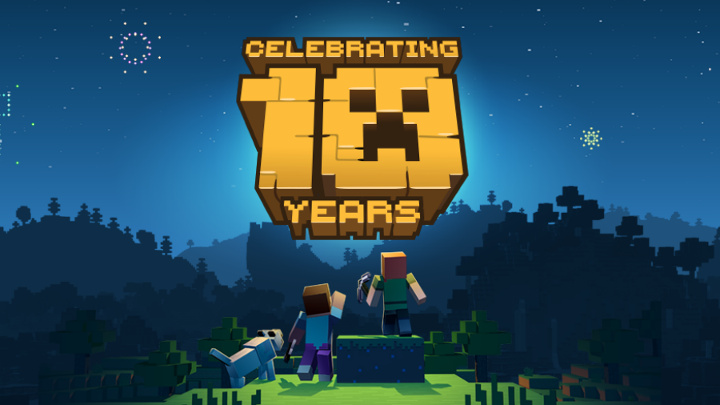 Yes, it's been almost 10 years since the first version of Minecraft was released. To celebrate their upcoming anniversary, Mojang and the Blockworks team decided to create a a giant map showing the game's history and its various aspects. It is filled with various little tidbits and devs encourage to look for Easter Egg.

On the welcome we'll have the opportunity to take a ride on a rollercoaster, which shows us the history of the most important updates and illustrates what they brought to the game. Once you have left the ride, you can start exploring. There's plenty to see! The map is divided into sectors, each of which focuses on different aspects of the game. 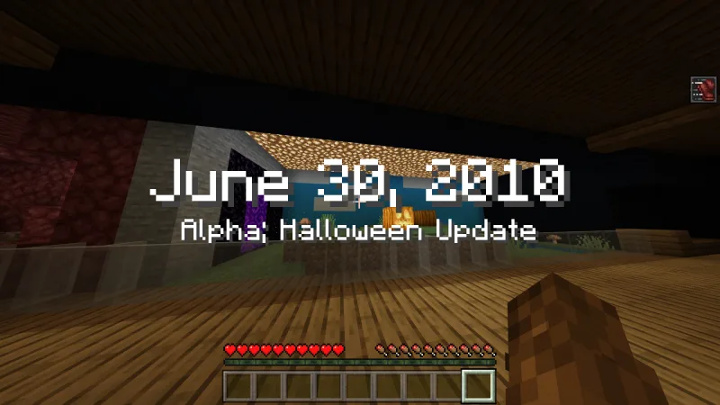 During the ride we can see how the game world has changed over the years.

On a vast area we can visit the gallery, where we can find all the blocks available in the game, learn a little bit about their history, and get to know some tricks about their use. In another part of the map you can see all the enemies and animals available in the game and, like in the case of blocks, you can also read about them. The map also includes a reference to Minecraft: Education Edition.

The whole area is filled with huge buildings, domes, paintings, sculptures and generally everything that can be created in the game world. You can spend up to several hours on a thorough tour of the map.

On the map we will also find puzzles and secrets. There are reports on Reddit that it is possible to find a book with references to a mythical character from the game world called Herobrine. Mojang suggests on their website that there are several little tidbit hidden on, and the players are already actively searching for them. 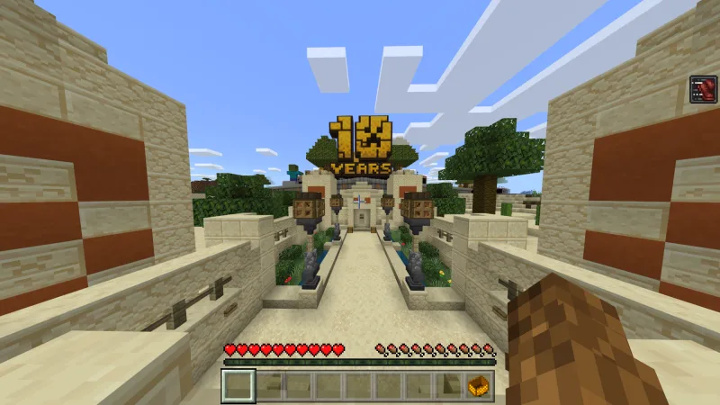 The map is vast and made with great attention to detail

If you're a Minecraft fan, you're probably already familiar with the new map. But if you're not up to date with the game and it's been a while since you last played it, it's worth returning to the world built of blocks and look around the anniversary map, because it's really well made, contains a lot of interesting facts and can make us return to the title for a while.

The map is available free of charge for Bedrock and old Minecraft Java versions. We can visit it on PCs, Xbox One, Switch and mobile devices. However, there are reports that the area is so extensive that on Switch we can encounter small performance drops.