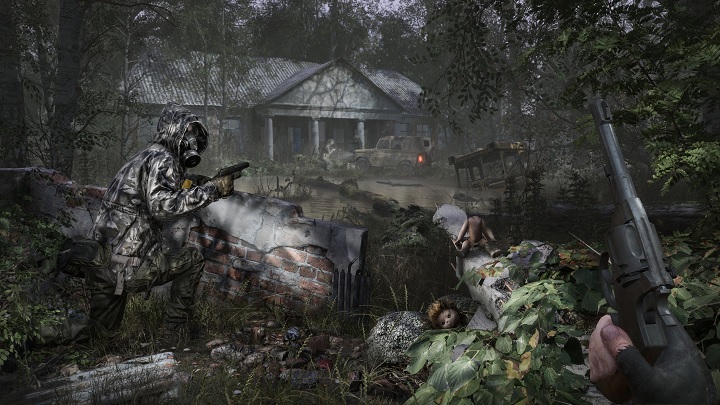 The full version of Chernobylite is due to be released next year.
CHERNOBYLITE IN A NUTSHELL:

Kickstarter has finished the collection on Chernobylite, a game created by the Polish studio The Farm 51 set in the Chernobyl Exclusion Zone. In total, the devs managed to raise $206,000. Thus, the minimum target of $100,000 was exceeded twice over.

During the campaign, the devs managed to achieve several stretch goals. That's why Chernobylite will offer e.g. a weapon crafting system. Developers will also be able to record authentic sounds in the Chernobyl Exclusion Zone and implement them as sound effects in the game. In addition, the player will be able to recruit a techno-shaman named Tarakan, and the map will be enriched with a new location in the form of the Red Forest, described as "the most radioactive place on Earth".

Unfortunately, several additional stretch goals were not achieved, such as a virtual museum, additional monsters and increased area of the city of Prypiat in the game.

Chernobylite is headed for PCs, Xbox One and PlayStation 4, with its PC debut slated for early autumn. We will wait until the second half of 2020 for the full version, as well as for the console releases.

It is worth noting that the plans are to make the early demo available to people who helped the game on Kickstarter. It will be based on the alpha version and will provide up to two hours of fun. The keys are to be sent out this week.