People have always been interested in tidbits about famous people - even if the word "person" refers to a virtual, excesivelly-angular character. Just look at the reaction to Xbox's official Twitter account revealing the height of Minecraft's mascot.

Speculation on this topic has been circulating the web for a long time. Just look at the thread on Reddit from nine years ago, which - although completely serious - amused some people with the character's allegedly huge height, estimated by the author at 185 centimeters. It was accepted that Steve should be rather short. In the same thread quite a few users estimated - based on data from Minecraft's game files - that the default charcter is about 162 cm tall. 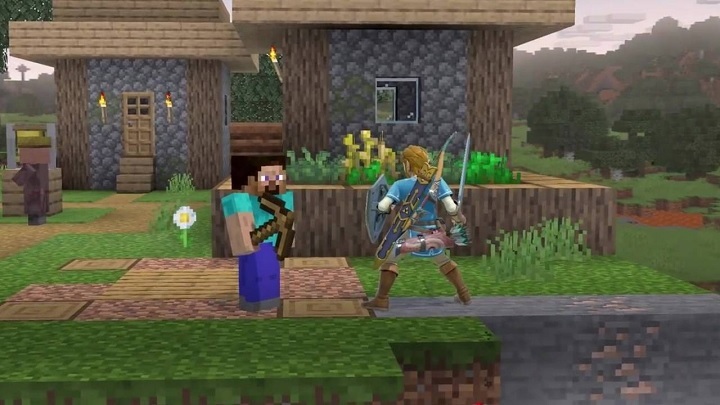 Steve was seen as a fairly short guy - in SSBU, even (adult) Link is taller. (Screenshot from Super Smash Bros. Ultimate).

This belief was strengthened by Steve's guest appearance in Super Smash Bros. Ultimate, where he's a much shorter lightweight fighter than Link from The Legend of Zelda: Breath of the Wild (around 170cm tall). Of course, SSBU is famous for its rather loose approach to the series' in-game canon - as proven by the "inflated" Sephiroth from Final Fantasy VII who weighted as much as Pikachu (!) - but in Steve's case no one had any reservations about his modest stature. Meanwhile, it turns out that Minecraft Steve is not short at all - his official height is almost 188 cm. 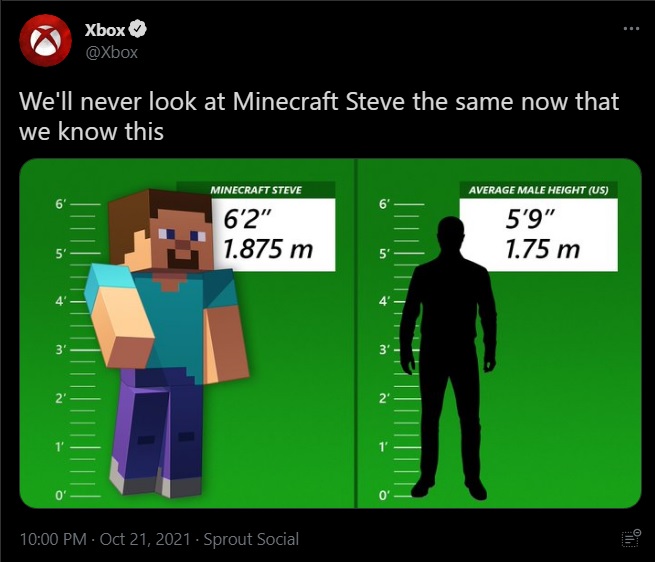 Confirmation of Steve's height can be considered a mere trivia, but this piece of information sheds new light on the scale of Minecraft's world. Even leaving aside the giant bees (next to which apparently dwarf life-sized hornets), it has been confirmed that each block in the game is a cube with a volume of about 1 m3. Whereas the Enderman, well known to fans, is apparently a giant of almost 3 meters. Probably some people are already converting the dimensions of their (often huge) creations to real size.

Of course, comparisons are not limited only to elements known from Minecraft. It turns out that Steve is slightly taller than the aforementioned Sephiroth (185 cm) and... well, a large part of the Internet, who are not thrilled with this fact.

But, in the end, Steve's height - however shocking it may be to some - is just a trifle compared to what awaits fans of Minecraft. The second part of the Caves & Cliffs update is coming soon, and next year we can look forward to the release of The Wild Update, which will introduce new, more diverse biomes. Development plans for the game and the brand as a whole were discussed last weekend, which you can read about in our summary of the Minecraft Live 2021 event.