Monster Hunter: World is getting review bombed on Steam. However, the reason is not directly related to the game. What angered the Chinese players who vented on Capcom? The Monster Hunter movie, which debuted recently in China.

To be more precise, i's about one line that has appeared online and is a paraphrase of an offensive chant addressed to children from Asia (mainly China and Japan). In the film it sounds like this:

Shortly after the well-known analyst from Niko Partners, Daniel Ahmad, published the video on Twitter (unfortunately already removed for copyright reasons), a storm broke out. Angry fans attacked Capcom. The Japanese company released a statement, cutting off from the movie's production, expressing its concern and informing about taking necessary steps.

This resulted in the rapid withdrawal of Monster Hunter from all cinemas in China. 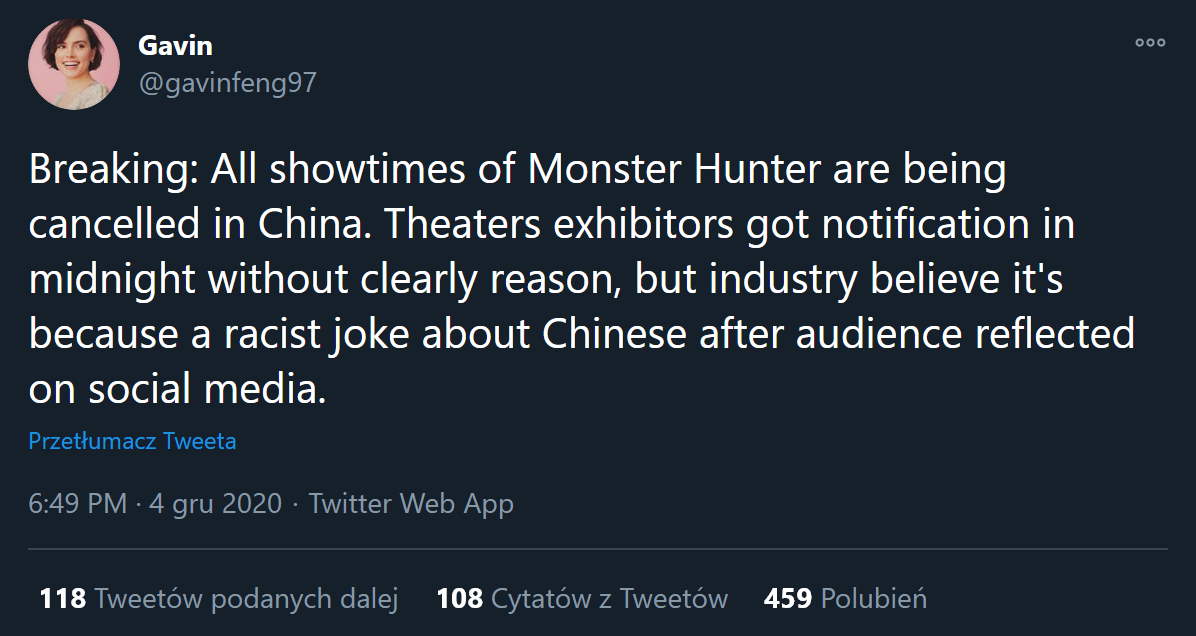 The whole thing is interesting because movies, like video games, are checked by censors before they can be released on the market. The fact that the subtitles do not match the line spoken by the actor adds some controversy here, and means that the censor must have overlooked the problematic quote. However, the case ended up making big waves, which may harm the Monster Hunter brand, which is extremely popular in China.

Prices of Best Esports Teams According to Forbes

Vampire Bloodlines 2 Launch Probably at the End of 2021