Last week we wrote about the release of the Tamrielic Textures 1 - Landscapes mod, clearly beautifying The Elder Scrolls V: Skyrim. However, the fifth installment of the iconic RPG series is not the only production from Bethesda, whose modding scene is very dynamic. A lot of fan projects are also being created for Fallout 4. Recently a new version of one of them - Natural Landscapes - debuted. You can download it from Nexus Mods by clicking on the link below.

To install the mod, you have to paste its contents into the Data folder in Fallout 4, and then activate it in the manager. 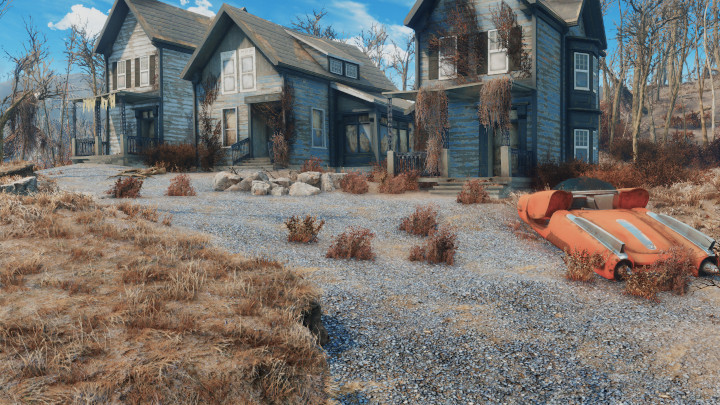 Thanks to the Natural Landscapes mod, the area around Boston was gained some charm.

User Spiffyskytrooper is responsible for the creation of the Natural Landscapes mod. As the name of the project suggests, its main task is to beautify the world in Fallout 4 its DLCs. The creator achieved this by changing or increasing the resolution of textures of earth, roads or rocks (although improving the appearance of the latter is optional). He has made every effort to maintain the original style and atmosphere of the title, so if you are looking for a mod that completely changes the world of Fallout 4, you may be a little disappointed with Natural Landscapes.

According to the creator, the recently published version of Natural Landscapes contains the most new features so far. The modification comes in two versions - 2K and 4K. The former shouldn't affect the performance of Fallout 4, while the latter requires slightly stronger hardware.

Fallout 4 debuted in November 2015 on PC, PlayStation 4 and Xbox One. Although the title has raised a lot of controversy among fans of the iconic post-apocalyptic series, it has also gained some following. According to Steam Charts, an average of more than 13,000 people have been playing the game in the last 30 days. The multitude of fans' modifications that add variety to the gameplay undoubtedly influences this state of affairs.