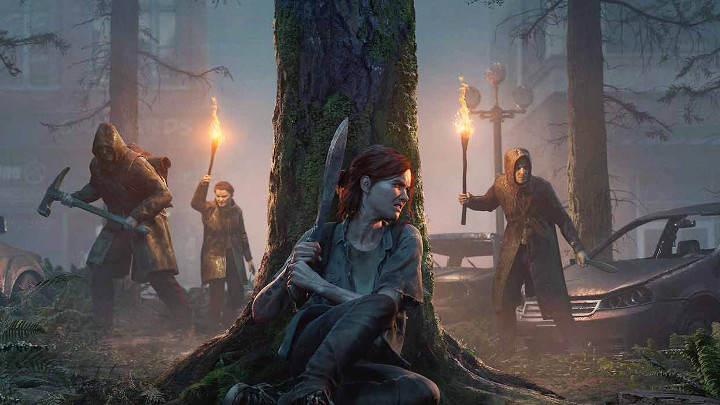 The launch of The Last of Us: Part II, is coming closer. Sony is slowly finalizing its advertising campaign for the game, which will be released on June 19 on PlayStation 4, with the last pre-launch trailers and announcements. GQ published an extensive editorial, documenting the last two years of the title's development and the work of its creative director Neil Druckmann. The dev presented some interesting facts about the game.

The most interesting information may be that the director does not exclude the creation of The Last of Us: Part III. This possibility is still being seriously considered in Naughty Dog. However, it is equally likely that the team will take on a completely new game. According to Druckmann, the best concept and idea will win.

The dev and the team also had a long time to think about whether it's worth to work on a sequel to The Last of Us, whether the team will meet the challenge and realize its potential. The decision was difficult, given the incredibly high marks of the first game and the reverence, with which the players approach the title. However, Druckmann is convinced that he found a way to continue the story of the characters.

"The first game is so sacred. The ending is so sacred. People are always like, Do another one but focus [on] all new characters. Or like, Do it in, like, Europe. Or do it in Japan. Do something really different. But in the end, diverging from Joel and Ellies story was the cowards way out. To me, at that point, you might as well just do a new IP, versus saying: no, were gonna double down and were gonna expose what this ending means. To take some of the things that people hold sacred and just... dismantle it."

The story of The Last of Us: Part II was written in cooperation with the screenwriter Halley Gross. Druckmann hired her to gain an additional female perspective on the characters and the game world, to construct more natural interactions and dialogues between the characters, and to add a bit of humor to the whole thing, which it lacks. As he said himself, he is excellent at writing dramatic scenes and violent sequences, for example, but he feels completely insecure about romance. Both of them spent a lot of time arguing over key parts of the story. For example, Gross was supposed to have been convincing Druckmann for six months to change the fate of two unnamed characters from the game, which she finally managed to do.

Druckmann also emphasized how much work Naughty Dog has put into making the world as realistic as possible. He gave some examples of the team's attention to detail. First of all, he praised the complex simulation of blood, which, for example, flows noticeably down Ellie's hand when she lifts it up or gathers in puddles under the bodies. The developers also convincingly recreated the appearance of veins and arteries, as well as the color of the opponents' skin changing from emotions. The team also spent a lot of time discussing the tiniest elements of the environment. The dev evoked, for example, a fifteen-minute conversation about the appearance of chairs in the oceanarium, or about the differences in the fuel types visible on information boards, which were available in the states of Wyoming and Washington, where the game is set.

The director also wanted to emphasize the presence of a guitar in the soundtrack of The Last of Us: Part II, using fragments of Pearl Jam's ballad Future Days, which is something like the theme for the main characters. It took the director a lot of effort to get Pearl Jam's permission to use the song. The studio had difficulty in contacting the assistant manager of the band, through whom they eventually managed to reach his boss. Over the course of a few months he was not only given a brief description of the game's plot and why Future Days is so important and fitting in with the story, but a copy of the first installment of the series with PlayStation 4 was also sent to him. He was also shown the trailers of the new game. It wasn't until after that that that Druckmann flew to official meetings with the band, where he received the blessing and permission to use the song.

Mac Without Intel? Apple is Working on Its Own Processor