While many companies are trying to threaten its position, Netflix is still a symbol of streaming platforms and has millions of subscribers worldwide. Of course, there is no shortage of active players among those who pay for the service subscription. This group will undoubtedly be interested in the fact that the representatives of this popular VoD service will be present at this year's E3. The information was given on the Twitter account of the event. Netflix will host the Bringing Your Favorite Shows to Life: Developing Netflix Originals into Video Games panel. 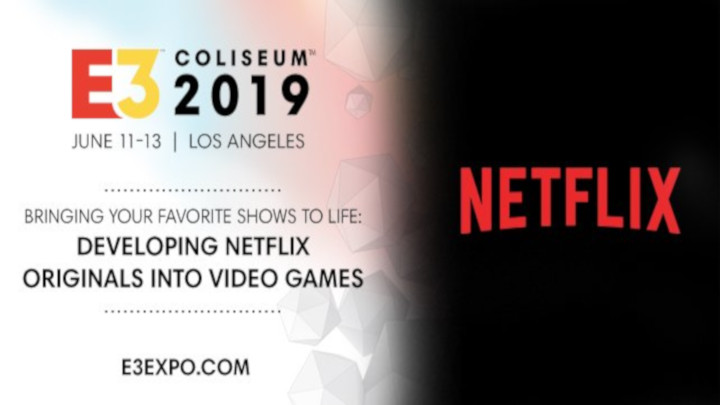 The presence of the famous streaming platform at one of the most important events associated with digital entertainment is not particularly shocking. Netflix has been having an affair with this branch of pop culture for some time now. Just to mention the interactive productions, like Black Mirror: Bandersnatch or Minecraft: Story Mode, which can certainly be called video games. Interestingly, the latter is an adaptation of the production of the now-bankrupt Telltale Games studio, which, according to last year's information, was supposed to create an adventure based on Stranger Things. As you know, it didn't happen eventually, but the title (already a second adaptation) based on the popular series will appear anyway. We're talking about Stranger Things 3: The Game, an old-school, isometric fighting game from BonusXP studio, coming to "all platforms". The game will be present on E3 2019, but there are more surprises. In response to a request for a small teaser Twitter NX account, whose task is to promote science fiction and fantasy positions on Netflix, revealed that the fair will feature more attractions related to the popular online service.

Of course, we don't know which games based on Netflix movies or series can be announced on E3 2019. However, there are some theories. There is talk of productions based on The Umbrella Academy or Bright. Besides, we should remember that this year, we'll also get the premiere of The Witcher series, starring Henry Cavill in the lead role. Maybe there's another computer adaptation of Geralt's adventures planned? Everything will be clear in June.