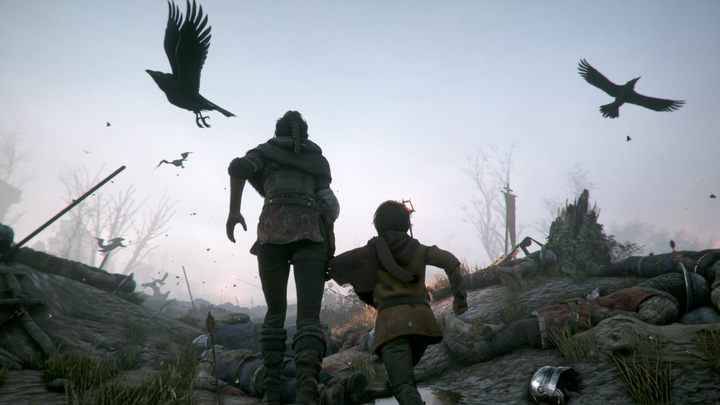 A Plague Tale: Innocence turned out to be a remarkable production.
A PLAGUE TALE IN A NUTSHELL:

We've finally seen the launch of A Plague Tale: Innocence, an action adventure game by Asobo. The production debuted simultaneously on PC, as well as Xbox One and PlayStation 4 consoles.

A lot of reviews have already appeared on the web and the reception of the game is positive. On Metacritic, the version on PlayStation 4 has an average rating of 79%. In the case of Xbox One and PC it is 81%.

Below are some examples of scores received by A Plague Tale: Innocence:

In general, the reviewers praise the great atmosphere and the perfectly realized relationship between the heroine and her younger brother. The mechanics of the game are also appreciated, especially stealing. Criticism focuses mainly on the low level of difficulty and poorly outlined villain personalities.

All in all, A Plague Tale: Innocence turned out to be a noteworthy production, which fulfilled most of the hopes placed in it. It has a few shortcomings, but they do not spoil the image of the whole.