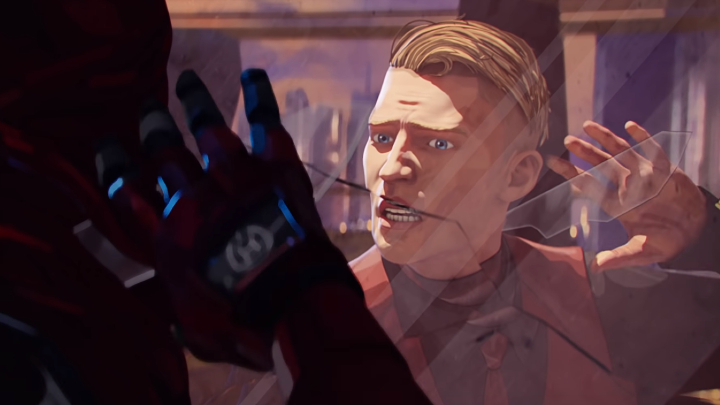 The Revenant is seeking revenge on Hammond Robotics.

Overnight, we learn more facts about Revenant, a new character who will be added to Apex Legends. The new video partly reveals the story and skills of the characters. It turns out that he has an axe to grind with Hammond Robotics.

Revenant is a so-called simulacrum, or, according to the Titanfall series universe, a robot that has been programmed with human memories. These models were created to limit losses among living soldiers and appeared in Titanfall 2. The game's antagonist Ash, who is one of the most talented pilots in the game, was such a machine. The trailer shows Revenant as a killer for hire who is preparing to attack a well-protected family. At the end of the job, the hero is damaged. His damaged circuits reveal a cruel truth to him - he's not a human, but a robot. Hammond Robotics Corporation programmed him to see a human face in the reflection, and then made him its tool. From this point on, Revenant starts a private vendetta against former employers. That explains why he killed Forge on the previous trailer - he was sponsored by Hammond Robotics.

The latest material shows that the hero will have two forms: basic and shadow. The video shows that the second one makes him extremely durable, enabling him to instantly avoid attacks and even seemingly disappear into thin air. The skill set will probably depend on the active form. IGN editors have preapred a thorough analysis and come to some interesting conclusions.

The trailer may also indicate a new character. Before the killer attacks the family of Portuguese thief Marcos Andrade, the latter hands his daughter a silver wolf. A moment later, Revenant shows up and the girl is the only one who gets out of the massacre. It is very possible that in the future she will become known as Loba, which translates from Portuguese as wolf. A character with such a nickname was found in Apex Legends files after its release. There are many indications that the events presented took place in the past. Adult Loba will probably want revenge.

The opportunity to confirm some of the guesses will come on February 4, when the fourth season of Apex Legends, titled Assimilation, will debut.