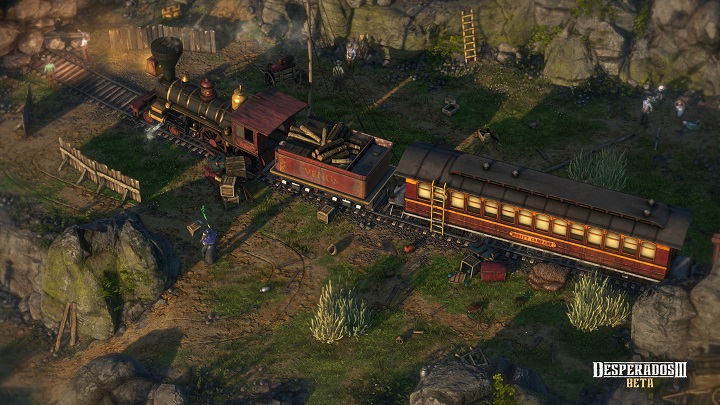 Desperados III might still honor the PC Gaming Show with its presence.

On the occasion of the E3 fair, THQ Nordic decided to present one of the new items in its portfolio. A one-minute long trailer of the Western strategic game Desperados III (a continuation of Spellbound Entertainment's series abandoned over a decade ago), which you will see below, builds the atmosphere of the Wild West with animated graphics for much of the time, but you will also find some gameplay fragments. These in turn show different ways to deal with enemies - from taking down with a shovel, through seduction and a murder in a dark alley to creative use of environmental elements, including... a frightened bull. Unfortunately, the exact release date is still nowhere to be seen, but maybe we will learn something more during the PC Gaming Show, which will start soon.