The team at Larian Studios announced that they are preparing to publish the third big patch for Baldur's Gate III early access. The update, called simply Patch 3, will bring, among other things, changes in the story layer, which will make it incompatible with the saved game data from previous versions of the game. Those who don't feel like starting again should take some precautions. The devs have published an instruction manual which will tell us how and what to do. Before we move on to discussing it, we have to add that at the moment when these words are written, it is not yet known when the patch itself will see the light of day. 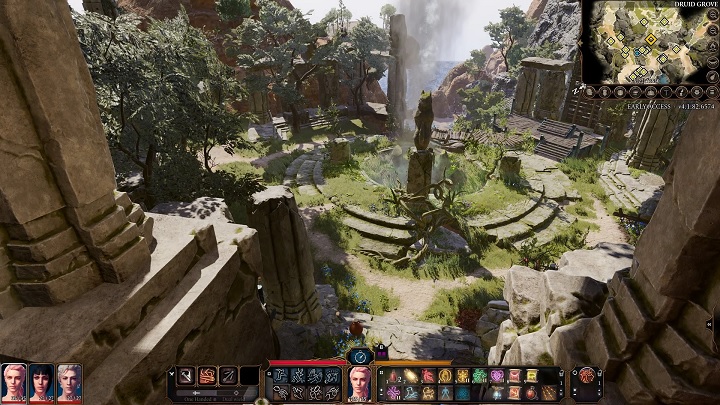 After the patch goes live, Baldur's Gate 3 will operate in two versions; thanks to this, nothing will stand in the way of continuing the game in the older version until we decide to update the game. It's worth noting that the latest version will now be considered the main one (downloaded by default), and the earlier the additional one. To gain/keep access to the latter, right-click on the game in your Steam library, select "Properties", then go to the "BETA" tab and in the "Select the beta you want to participate in" field select patch number 2.

However, players who do not intend to install the patch can disable automatic updates; this will ensure that they can manually install the patch or use the additional version after its release. To do this, right-click again on the game in the Steam library, select "Properties", go to the "Updates" tab and in the "Automatic Updates" field, select "Update this game only when it is launched".

Anyone who wants to protect their saves (they are not deleted after the update is installed, but the newer version of the game simply won't "see" them) can do so now. It should be added that the above solutions are not available on Stadia.

Baldur's Gate III is available in early access on PCs since October 6, 2020. The game has already achieved commercial success, although some players complain that it's too similar to the last two installments of the Divinity series. This does not prevent others from having fun in it.