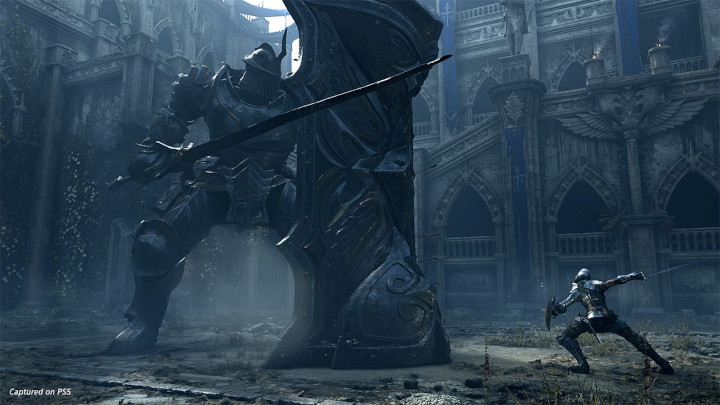 Remake of Demon's Souls is coming to Sony's new console.

The June announcement of Demon's Souls' remake by Bluepoint Games (responsible, among others, for Shadow of the Colossus from 2018 and the remasters of the first three installments of the Uncharted series) surely delighted many fans of extremely difficult action RPGs from the Japanese studio FromSoftware. Unfortunately, so far we haven't got much new materials from the game. People looking for them quite unexpectedly were helped by Australian branch of Amazon. By mistake, two screenshots presenting Demon's Souls remake appeared on the website . They were quickly removed, but vigilant users of ResetEra forum managed to save them. Here they are:

Thecover of Demon's Soulsremake also appeared in the Australian Amazon . You can see it below.

The remake is coming exclusively to PlayStation 5. The exact release date is not yet known, but according to speculation from a few weeks ago, it will appear simultaneously or around the debut of Sony's new console.

Tenet Struggles in Box Office. Or Does It?