As the title itself indicates, The Medium from Bloober Team will focus on the character of a woman who can contact the afterlife and is trying to solve the mystery of a child's death. In order to best reflect the uniqueness of the protagonist's existence (played by Polish acress Weronika Rosati), the creators of the upcoming title decided to develop and patent a rather unusual gameplay element. During the game, we will be able to explore the locations in two dimensions simultaneously - real and spiritual one, the latter inspired by the works of painter Zdzis³aw Beksinski. The following screenshots present the concept in action (via Microsoft Store).

Of course, this gameplay mechanic will be more than just a decoration. While operating in two worlds, we will have to use interactions between them to solve puzzles, unlock new passages and learn about past events that will sometimes shed new light on the story we are investigating.

According to the promises of the creators, the functioning of our heroine in two dimensions will be reflected not only in the gameplay and visual layer, but also in the audio. Music in The Medium is to be "doubled". Akira Yamaoka (creator of the soundtrack for, among others, the Silent Hill series) and Arkadiusz Reikowski (whose compositions can be heard in earlier games from Bloober Team, such as Blair Witch, Layers of Fear or Observer) are responsible for it. 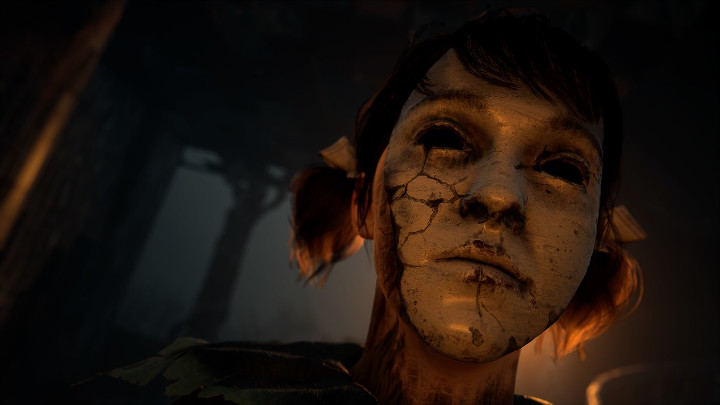 There should be no shortage of disturbing images in The Medium.

Being a medium in Bloober Team's upcoming work will not be limited only to the possibility of visiting two worlds at the same time. The protagonist will also be able to create covers and unleash powerful waves of energy, thus being able to resist threats from the spiritual world.

How will it all work in action? And when exactly will The Medium launch on PC and Xbox Series X? It's possible that we'll find out all that out today during the Xbox Games Showcase. It will start at 9 AM PT.

FIFA 21's Official Cover Art is Not a Joke; Internet Responds in Kind