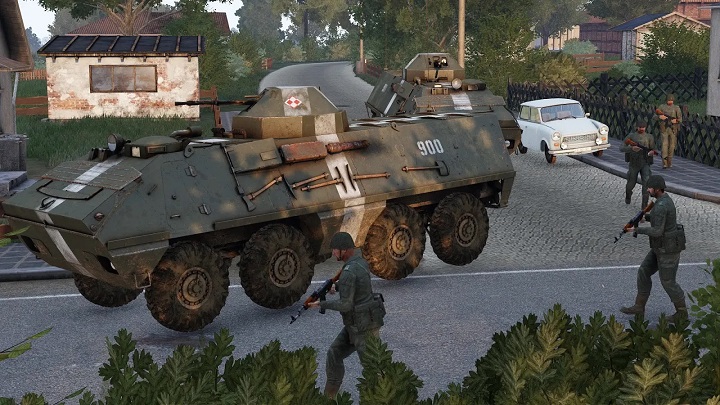 Several new formations appear in the game, including, for example, the Cold War Polish army.

For months now, Arma III fans have been able to use Cold War equipment thanks to the first of the so-called Creator DLC, called Global Mobilization - Cold War Germany. Today, the expansion from Vertexmacht team has received the 1.1 update, which should be of interest to fans of the era. The creators added Poland as a new faction along with equipment used in the 1980s. The new vehicles include the SKOT APC, which earned its (bad) reputation when being used during the period of Martial Law in Poland in early 1980s but also during the bloody suppression of protests in December of 1970. There was also a place for newer models of T-55 tank, AKMN assault rifle and SWD sniper rifle. In addition to completely new weapons, the update also added cosmetic variants for the equipment already available in the game.

Additionally, the update has introduced some new features for the Danish army and a lot of minor additions. There were also various fixes to the problems with sound, odometer for M113, etc., as well as some changes in the balance of the game (reduced the power and range of HE and HEI shells). A full and substantial list of changes, making up about 20 GB of data, can be found on the official forum of Bohemia Interactive. The update is available free of charge to all owners of the Global Mobilization - Cold War Germany expansion and will be automatically installed when the game is launched.