Gwent: The Witcher Card Game, which is currently on beta, is about to get the fifth playable faction, Nilfgaard, on February 6, 2017 – that’s next Monday. This will be a part of a large update, which is also going to include 60 new cards. Some of them will be universal and some specific for the remaining factions: Northern Realms, Scoia’tael, Skellige and Monsters. 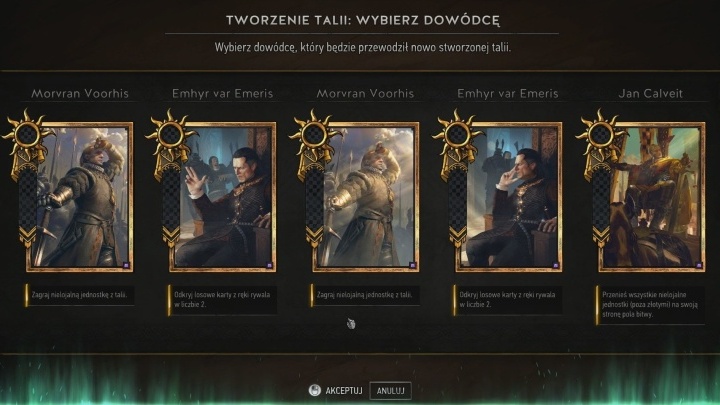 As you may remember from The Witcher 3: Wild Hunt, Nilfgaard’s deadliest weapons are espionage and sabotage. Their mechanics will be further expanded for the standalone version of Gwent, featuring not only spies that let you draw two extra cards from your deck, but also abilities that let you reveal the cards in opponent’s hand as well as disloyal units that can change sides when your rival least expects it. Details on Nilfgaard will be discussed during live stream today at 12 P.M. PST (9 P.M. CET) on the CD Projekt RED Twitch channel.

If you want to have a chance to participate in the closed beta on PC or Xbox One head over to the game’s official website and register there. The full version is supposed to come out later this year (also on PlayStation 4).