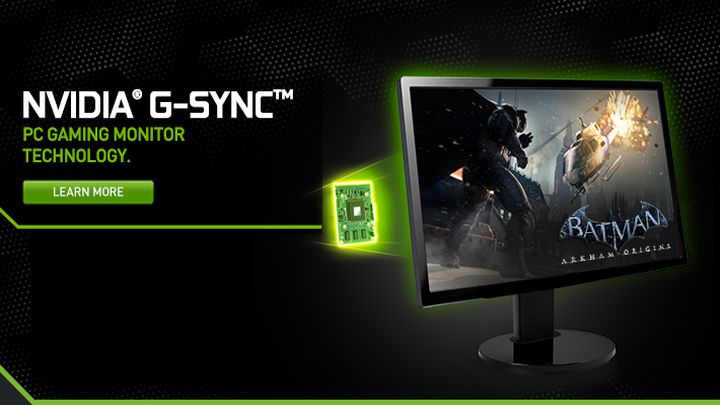 Nvidia G-Sync was the first solution for the owners of monitors and GeForce family cards, which allowed to improve the quality of the displayed image during the game - this technology allows to eliminate the phenomenon of image tearing (i.e. tearing) and improves its smooth display especially during play in dynamic games, such as shooting or dexterity games. Soon afterwards, AMD launched a twin project, which offered FreeSync technology for users of monitors supporting this tool, as well as computers with graphics cards from the Radeon family. Despite Nvidia's significant market advantage, it is the red camp solution that attracts much more interest, mainly from monitor manufacturers.

This is mainly due to the fact that the technology is made available for free from AMD, while the use of G-Sync requires payment of a license fee. It is not surprising, therefore, that manufacturers use FreeSync much more often in their equipment. Currently, it is very rare to find a monitor equipped with Nvidia technology, so the company decided to take a rather unexpected step, which is to start supporting monitors using competitive technology. 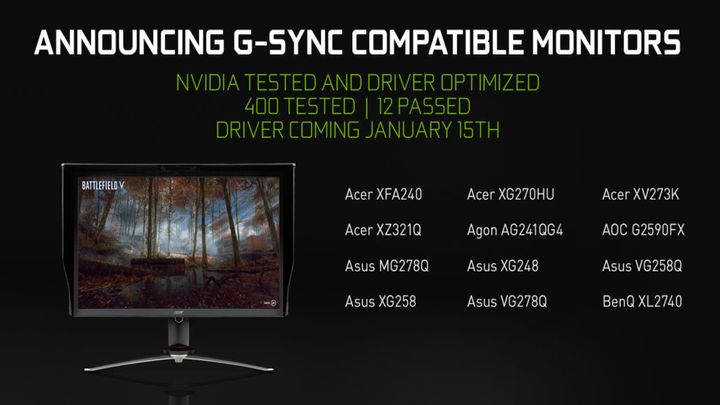 Here is a list of monitors from FreeSync that are now also compatible with G-Sync technology.

The CEO of the "green" camp, Jen-Hsun Huang, gave this information during the conference, which took place on the eve of the beginning of CES 2019 in Las Vegas. He stated that the company is currently testing virtually all monitors available on the market using FreeSync technology, but the certification process will take at least several months. So far, owners of twelve monitors will have access to G-Sync service:

This option will be available on January 15 - then Nvidia will release updated drivers, so that the ability to enable G-Sync will appear in the Nvidia Control Panel utility. The company will inform about the next certified monitors in the coming months and what to say a lot - this is a big breakthrough, because no one expected the decision to support the technology of a competitive manufacturer. Perhaps it is a skillful attempt to save the worse and worse economic situation and image of the company, because it is difficult not to react positively to such information.