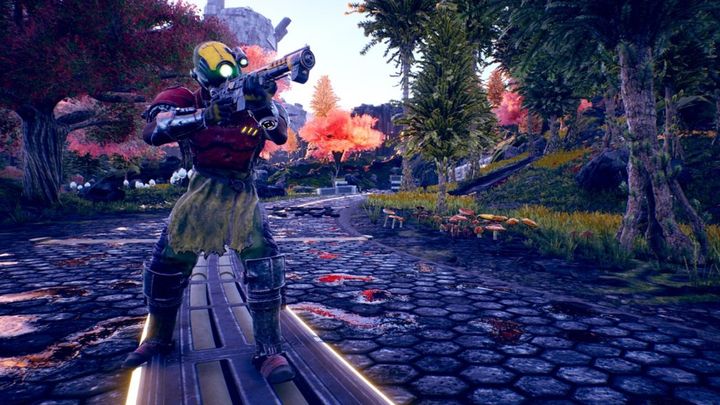 During Microsoft's conference on E3, the release dates of The Outer Worlds and Age of Empires IV will probably be revealed.

E3 2019 will start in less than a month. The annual Los Angeles fair attracts publishers from all over the world. The group of companies that announced their participation includes, among others, Microsoft. So far, information about the conference organized by Microsoft has been rather modest. However, this has changed as a result of a post published on NeoGAF forum by a user under the nickname Braldryr. The information contained in the post indicates that on June 9 we will know, among others, the release dates of The Outer Worlds and Age of Empires IV. In addition, trailers for both games will be showed.

Information about The Outer Worlds has appeared regularly since the announcement at the end of last year. During PAX East 2019 a 20-minute gameplay was presented showing the most important mechanics implemented in the game. The announcement of the release date seems to be a matter of time, and a trade fair like E3 seems to be a good place to show it.

The case of Age of Empires IV is much more interesting. Gameplay is to be presented during the conference. The release date, which is to take place in 2020, is also to be announced. If this happens, it will be a huge portion of information, considering that since the announcement of the game in 2017, there is practically no news about it. No screenshots or gameplay fragments were shown. The only thing that is certain is that the music is composed by Mikolai Stroinski, who is one of the creators of the soundtrack to The Witcher 3.

In his post Braldryr revealed much more interesting information about the conference. These include the release date of Cyberpunk 2077, Gears Tactics and Ori and the WIll of the Wisps. In addition, the specification of the new Xbox is to be announced, and new details about xCloud, a technology that enables you to play in the cloud, are to see the light of day. The full list of things to come on the Microsoft conference can be found here.

Let's note that this is only a leak. Although Braldryr describes himself as a person "who knows many people" and published photos of business cards of high-profile representatives of companies such as Sony, Microsoft, and CD Projekt RED, as well as tickets from previous editions of E3, this information is still unconfirmed.

We will know whether the leak is real or not on June 9 at 4pm (EDT), when the Microsoft conference will take place. The event will be available for viewing via official Xbox Twitch account.

It's also worth noting that Microsoft is not the only company that confirmed its participation in this year's E3 fair. Among the present companies you will find Ubisoft, Bethesda and Nintendo.