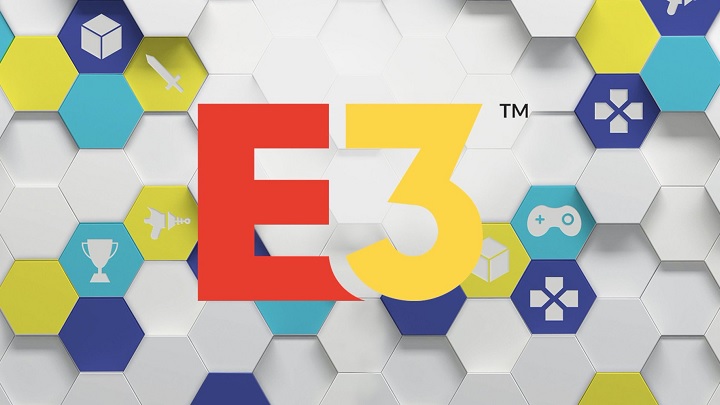 At the E3 trade fair, both completely new productions and titles announced earlier are presented.

A number of unannounced projects appeared on the list of unconfirmed positions, namely Elden Ring from From Software, Tales of Arise, Ni No Kuni: Wrath of the White Witch Remastered and Island Living - an expansion to The Sims 4. The list of confirmed titles was expanded by Yooka-Laylee and the Impossible Lair.

The history of previous updates can be found at the bottom of the page.

This year's E3 is coming closer and closer. You can read about the dates of individual conferences, which for many players are the spotlight of the event, in our earlier news. Here we have a list of all the games that will appear in Los Angeles. Of course, we still don't know about many positions, and additionally a lot of developers and publishers haven't shared their plans related to this "gamers' holiday" (namely Focus Home Interactive, Take 2 Interactive or even THQ Nordic). It so happens, however, that the list of already disclosed titles is really extensive. Without prolonging it unnecessarily, let us get down to business as usual.

Games whose presence on E3 2019 has been confirmed: 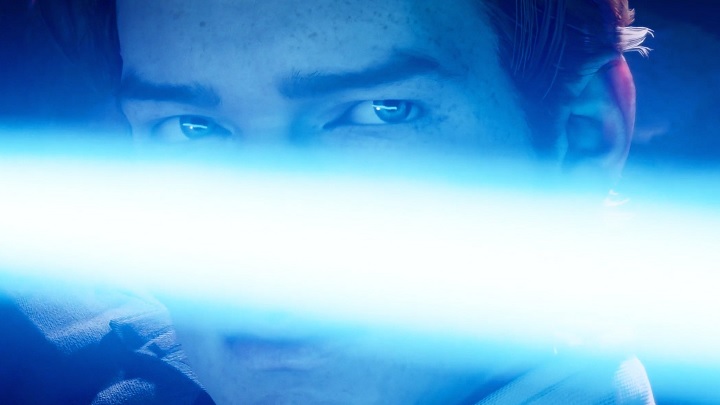 Star Wars Jedi: Fallen Order is a tribute to players who prefer to play alone.

Let's try to briefly discuss some of the titles listed above. In the case of Anthem, Apex Legends and Battlefield V the case is simple - Electronic Arts will probably reveal its plans for the development of these positions. But we still have Battlewake, a multiplayer production in which we play as a super-powered captain of a pirate ship and take part in sea battles; the game is prepared for virtual reality goggles. Another place on the list is occupied by the Polish Bee Simulator, an interesting arcade and adventure game that will show us what it's like to be... a bee.

The Gearbox Software team, led by Randy Pitchford, will also be there. They will share further details about Borderlands 3; we can probably count on another "epic" trailer filled with fragments of the game. As for Cyberpunk 2077... well, it might be interesting here, because the CD Projekt RED team is supposed to be creating a project a little different than what it appeared at last year's presentation. What are the differences? We will probably find out about it during this year's Microsoft conference. It is worth noting also Dying Light 2, which last year showed itself to the players from an intriguing side. 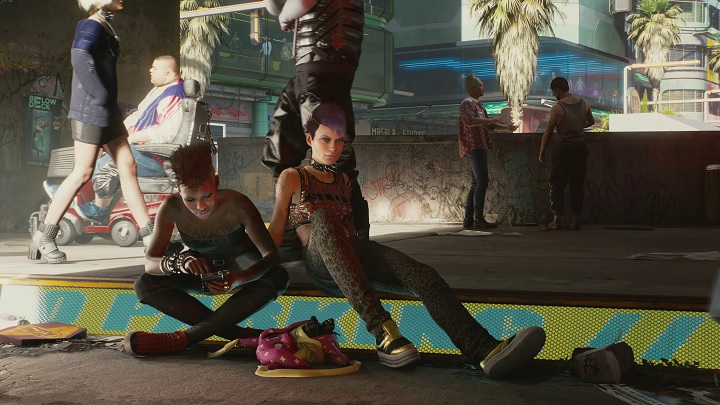 How much has Cyberpunk 2077 changed since the last presentation?

Suddenly, a few days ago, out of nowhere came the news that Final Fantasy VII Remake is alive and kicking. Square Enix is planning to release the title in parts, so who knows - maybe in Los Angeles, we'll hear about the release date of the first episode? After all, the Japanese publisher could use a big hit after the last few flops like The Quiet Man or Left Alive. Anyway, in a similar situation is the 343Industries team, which after just-so Halo 5: Guardians has something to prove to the fans of Master Chief and the company, as well as Respawn Entertainment - or rather Electronic Arts - because the task of Star Wars Jedi: Fallen Order is to hit the tastes of lovers of solo fun (with which this publisher has had some problems recently). However, Capcom does not have to prove anything, as it will show us a gigantic expansion to Monster Hunter: World, called Iceborne.

The list closes with Lovecraftian The Sinking City, the recently announced Tom Clancy's Ghost Recon: Breakpoint, Trine 4: The Nightmare Prince (which after the not very successful Trine 3: The Artifacts of Power is supposed to be a return to the roots of the series) and Wasteland 3, about which we still know less than we would like to. In addition, Modus Games, the company responsible for the release of the third of these games, has confirmed that we will be able to check it out live, as well as other items in the company's catalogue. The game in question is a puzzle game called Lost Words: Beyond the Page (for which the script was prepared by Rhianna Pratchett), Bear With Me: The Lost Robots, which is a prequel to the warmly accepted point-and-click adventure entitled Bear With Me, as well as Ary and the Secret of Seasons - an action adventure game in which we play as the eponymous character who can manipulate the seasons of the year. 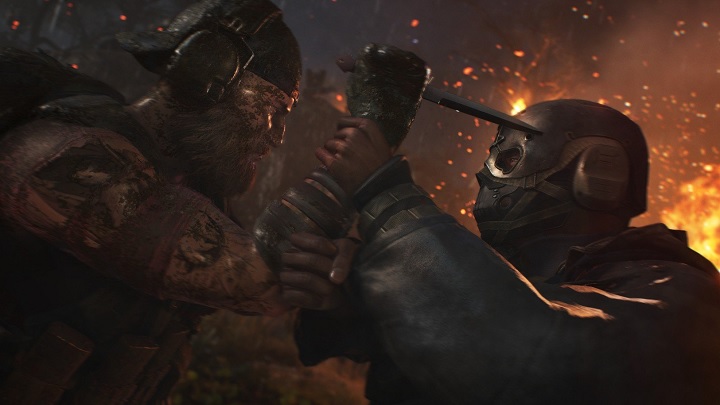 Games whose presence on E3 2019 has not been confirmed:

Although we have been aware of the existence of most of these games for a long time, their developers and publishers have not yet confirmed that they will appear in Los Angeles. We are talking mainly about Remedy's Control, Gears Tactics, Ori and the Will of the Wisps and finally about Wolfenstein: Youngblood. In the case of the last of the aforementioned items, however, we can assume that it will mark its presence at the conference of Bethesda Softworks - after all, the game will be a little over a month away from the launch at that point...

And speaking of Bethesda, it's worth noting that this time Todd Howard won't tell us anything about Starfield or The Elder Scrolls VI. But who knows, maybe we'll see at least some fresh details about the future of Fallout 76? After all, let's not forget that the game was to be developed "forever"... 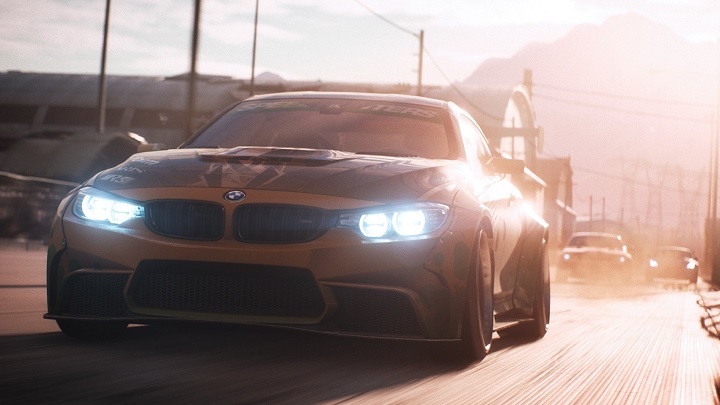 The second year has passed since the release of Need for Speed: Payback. Although the next part of this series is due to debut later this year, Electronic Arts will not show it at this year's EA Play.

Things are different in the case of games whose existence is only rumored. This is the situation with the new Splinter Cell, the upcoming work of Ninja Theory's crew supposedly entitled Bleeding Edge, the reboot of the Dino Crisis series, which Capcom is supposed to be working on, the fourth installment of the Fable series and finally the unannounced projects from Rocksteady and Rare. In addition, Ubisoft is reportedly planning to show the rollerblade-focused sports game called Roller Champions.

We know for sure that these games will not appear in Los Angeles.

Darksiders Genesis and SpongeBob SquarePants: Battle for Bikini Bottom - Rehydrated from THQ Nordic appeared on the list of confirmed titles. In addition, we updated it with titles from the portfolio of Nintendo and HandyGames companies and the Stronghold Next project. Among the unannounced productions you will find a new cooperative shooter from Ubisoft, as well as an action adventure game inspired by The Legend of Zelda: Breath of the Wild - the French publisher is said to bring these projects to Los Angeles.

A separate section devoted to the "big shots" absent from this year's E3 fair was included in the list. In addition, we have expanded the list of games whose presence in Los Angeles is questionable.

The list of games, the presence of which has been confirmed, was expanded by RAGE 2 (at the conference of Bethesda Softworks we will probably learn more about the development plans of this production), but reduced by Anthem, who apparently will not receive its "five minutes" during this year's EA Play. Apart from that, three titles from Rebellion appeared on the list. We are talking about Evil Genius 2, a continuation of an interesting RTS from 2004, Sniper Elite VR and another project, whose identity, however, is shrouded in mystery. The updated closes with mentions of the fourth Darksiders, Call of Duty: Modern Warfare, Vampire: The Masquerade - Bloodlines 2 and Harvest Moon: Mad Dash.

The new Need for Speed and Plants vs. Zombies have been removed from the list of unconfirmed but announced games - Electronic Arts will not show them during this year's EA Play. In addition, Marvel's Avengers (formerly known as The Avengers Project) was listed in the confirmed positions, and Red Faction Evolution appeared on the list of unannounced titles.

The list of productions, whose presence at E3 2019 has been confirmed, has been updated with titles from the publishing portfolio of Modus Games, as well as a mention of two new projects by THQ Nordic. In addition, two games from Ubisoft appeared in the section devoted to unannounced positions.