We have known for almost a month that Crusader Kings III is in the pipeline. Since the announcement, however, we have not received much new information on the continuation of the popular medieval strategy game. The company responsible for the franchise, Paradox Interactive, has decided to change this. The first developer blog appeared on the web, from which we can find out a little bit about the goals the creators want to achieve during the production of this title.

First of all, the creators, led by the chief designer Henrik Fahraeus, do not want to follow the path of revolution. Crusader Kings III is supposed to be more evolutionary. The decisions made during the seven years of development of the second part of the game have a huge impact on the shape of the upcoming game. However, the devs point out that not all the elements that appeared in that title will also appear in the third installment. Instead, they intend to go deeper into the selected functions.

One of the most interesting things about Crusader Kings II is the fact that it is not exactly a strategy about the management of a state. Yes, it's a very important aspect of it, but it's the playing of a particular character and taking care of your family that comes to the fore. In the third part, it won't be any different. What's more, the Paradox team wants to further increase the importance of characters in the various elements of the game, such as combat and technological development. 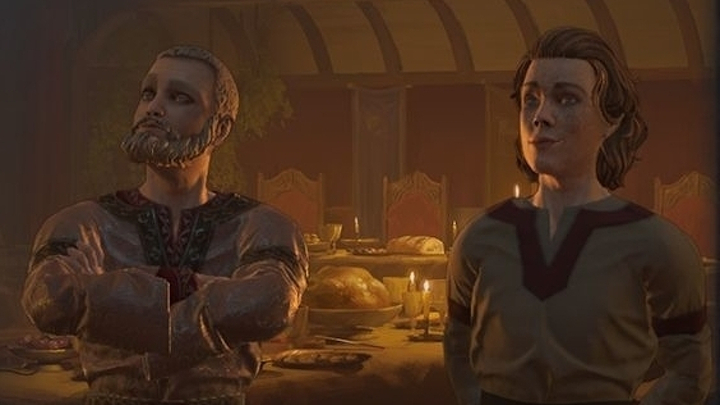 Crusader Kings III will have a lot of elements known from the previous part.

Another thing that makes Crusader Kings II a special game for many people are the random events. It is thanks to them that the stories of characters controlled by us and lands ruled by us can take an unexpected, often dramatic and exciting turn. Of course, they will be back in the new game and will have a big impact on how the fun continues, but they will not lock the audience into a rigid story framework. Generally, Crusader Kings III is supposed to give a lot of freedom. The wide range of possibilities for shaping our rulers and their successors should ensure that lovers of various styles of gameplay will find something for themselves.

Crusader Kings III will also be a newcomer-friendly production. The title will be very easy to enter, but not by trivializing the game. All complexity and historical nuances will be preserved. The point is simply that it will be explained more clearly how individual mechanics influence the fun.

All of this may sound intriguing, but there's still a lot of doubt in the community. Paradox's productions are quite specific creations that have been developed over the years and often their day one versions are, to say the least, poor. However, the creators assure that Crusader Kings III will be playable from the beginning.

As I mentioned earlier, we decided not to carry over all features from C[rusader] K[ings] 2, so if you play CK2 primarily for, say, the nomads or the merchant republics (the only faction types that were playable in CK2 but not in CK3), you might be disappointed. There are likely other features and content that will be missed by some players, but, in return, we believe that everyone will find the core gameplay far more fun and rewarding! To be clear, CK3 is a vastly bigger game than CK2 was on release.

Crusader Kings III is coming exclusively to PC. The title will be released in 2020. If you want to personally check what this strategy game series is, we would like to remind that for some time now its second installment (excluding expansions) has been available for free on Steam.