Paralives promises to be an interesting alternative to The Sims series. The game's devs have already released a lot of video materials, but so far they have only shown in-game locations. Now, finally, the first video has been released, presenting a sample character we will take care of during the game and the character wizard allowing us to change its appearance.

The example character is called Maggie, whose apartment we could see in one of the previous materials. The character editor, called Paramaker, will enable us to, among other things, change the height and shape of individual body parts. So nothing will stand in the way of creating, for example, a person with a slim waist and abundant hips. 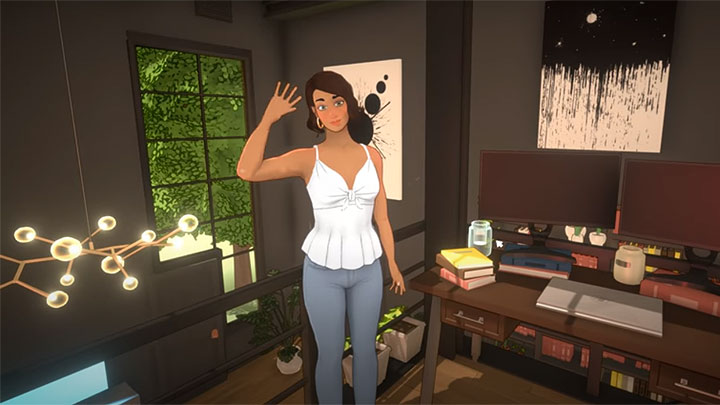 The planned release date has not been revealed yet.

There will also be extensive options for configuring the face and hairstyle. For our hair, we'll be able to set a separate base color and different shades for the ends and roots separately. The game will also offer a wide range of clothes.

Let's recall that Paralives is coming exclusively to PC. Unfortunately, the game is still at quite an early stage of development and the devs are not yet ready to provide any details, even an approximate release date.

The creators of Paralives will not be able to compete with EA Maxis in terms of budget, so they bet on gameplay mechanics. The action of the game will take place in a large open world, which we will be able to explore freely. Such an element was available in The Sims 3, only to be abandoned in the fourth part in favor of small zones, which disappointed many fans. Moreover, the buildings and interiors will not have to consist of ready-made blocks. Instead, we will decide on the size and angle of the walls or furniture.