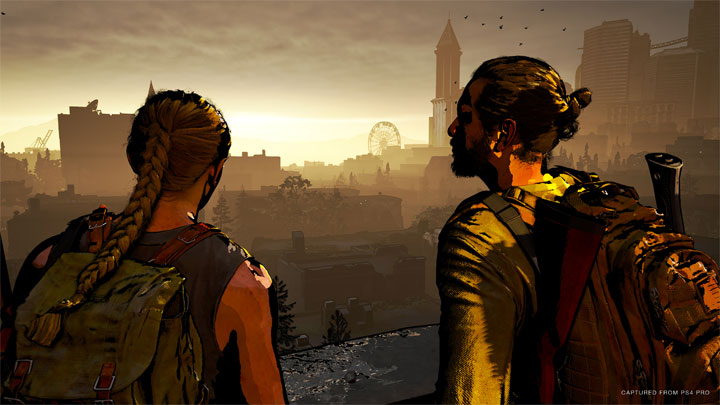 The patch will add cel-shading mode, among other things.
NEW FEATURES:

The rumors from a few days ago have been confirmed. Naughty Dog revealed details of another update for The Last of Us: Part II. The patch will debut tomorrow, on August 13, and will introduce a lot of new options.

First of all, the patch will enrich the game with an additional difficulty level called Grounded, which is designed for veterans who want to test their skills in extreme challenges. In this variant of gameplay, enemies are to be more dangerous, and the ammunition, upgrades and crafting resources found on maps will be much more scarce.

Grounded difficulty will also remove some useful features such as listening mode and helpful interface elements. It's worth adding that we won't have to complete the game to try this gameplay variant.

Additionally, the permadeath option will be introduced, which will make the character's death definitive. We'll choose whether we're going to go back to the beginning of the whole campaign after the heroine dies, or just to a particular act or chapter. This function can be activated on any difficulty mode.

The update will also enable us to try one of several additional graphic modes, remodelling the visuals to look like a huge pixel-filled 8-bit retro game or black and white noir movie. Among the options there will also be a cel-shading mode, which has been a tradition in Naughty Dog games for many years.

The patch will also offer a few additional modifiers to change the gameplay, such as the ability to play on the mirror image of the maps, use infinite ammunition or enable us to slow down time. Graphic and controls menu options will also be expanded.

The Last of Us 2 debuted on June 19, this year and is available exclusively on PlayStation 4. The game was warmly received by the industry media. On Metacritic, the game has an average rating of 94%. The project was even more appreciated by our editor, who gave it 10/10, while the opinions of the players themselves were polarized.

Minecraft Running in Minecraft - Impressive Use of Phone