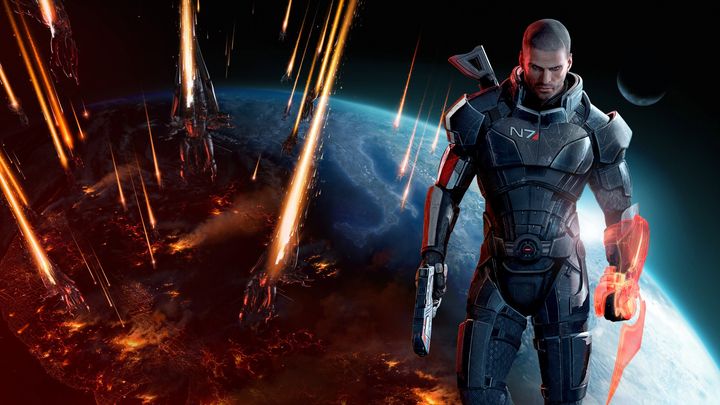 It seems that we can soon expect the announcement of the highly anticipated remaster of the first three Mass Effect games from BioWare. One of the users of ResetEra forum gathered in one place a number of circumstantial evidence suggesting that the refreshed versions of these games are in the pipeline.

What exactly are we talking about? First of all, the May text published on VentureBeat, sporting a mention of Mass Effect remasters. The mention coincides with the information from EA's report, which lists an unannounced "HD game from EA", which is to appear before the end of the fiscal year (by the end of March 2021).

Secondly, the fan mentions the appearance of albums and comic books related to this science fiction series in stores.

The Mass Effect album and comic books on Amazon.

Another thread is a case we recently wrote about - the appearance of something called N7 (Mass Effect Trilogy Remaster) in the offer of one of the stores.

The atmosphere is also heated by a tweet of another Mass Effect fan - Liana Ruppert. She said that next month will be really good for a particular game. Under her post there was a mysterious entry of the well-known insider Shinobi602 (the author of confirmed leaks concerning, among others, Halo 5: Guardians, Battlefield: Hardline, Quantum Break or the ME series), who published a small icon with purple sky and stars under her statement.

According to the author of the thread on the ResetEra forum, the remasters may appear on October 30 - such a date appeared recently in the aforementioned store, which started to collect pre-orders (earlier the date of September 29, denied by Shinobi602, had been shown there). The insider also reacted to her guesses, summarizing them with a gif from Jurrasic Park, citing the sentence "Clever girl".

Ghost of Tsushima Fan Captures Samurai Duel on a Diorama

Permadeath and Cel-shading in The Last of Us 2; Official Patch Info