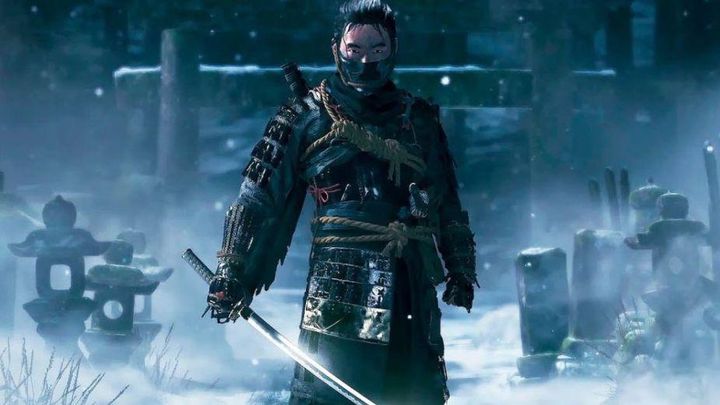 Ghost of Tsushima will launch tomorrow.

One of the players who has already had a chance to play Ghost of Tsushima (he's a reviewer), set up a thread on Reddit to answer various questions about the game. These include the plot (without spoilers), its length, available armor and cosmetic items, as well as the locations or combat and stealth systems.

Since I've also recently played the game as part of my professional duties, I've taken the liberty of adding information frames from myself in some places. If you have any questions that you won't find answers to either in this message or in the extensive review, ask them in the comments - I will try to answer them.

The plot, tasks and size of the game

Did you find the story enjoyable lots of reviewers called it meh.

"I think the main story is enjoyable. It has that appropriately epic feel of a hero rising to fame and overthrowing the bad guys. Some of the other story stuff is not so great. Side missions that don't have named quest givers, for example, are very generic."

How memorable are supporting NPCS?

"The ones tied to main missions and side missions are very memorable. Any other, one-off quest giver is very forgettable."

I did a lot of side stuff so it's really hard to say [how long it takes to complete only main story missions - editorial note]. If you do only critical path I bet you could beat the game in about 20 hours. When I was done with the story I had done so much I was in the 50 hour range."

The plot of Ghost of Tushima is a classic samurai story - you won't find anything particularly surprising here, but it's full of delicacies that will make fans of the genre vert happy. The whole things is also presented in a masterful way and has great atmosphere. It is not a story you will remember for years, but it does not disappoint. The same is true of the side tasks and especially of the extended threads related to the important NPCs, which stretch through pretty much the entire game. As far as emotions are concerned, there is one moment in the game that really saddened me and I admit that it surprised me a little.

I estimate that I spent about 60-70 hours playing the game, but I played at the highest level of difficulty, absorbed the atmosphere, and rarely used quick travel.

Exploration, systems of combat and stealth

"I don't know a specific number. At least a couple. Some are side stuff. Yes. There are some missions that require you not to be seen. But they are very few."

Can you move and hide bodies? Is there a classic looking Ninja outfit?

"You cannot and there is not. You can get somewhat close, though."

How diverse is the world? Was it "immersive" exploring the map?

"Pretty diverse I would say but reasonable for the setting. It can be super immersive if you want. You can basically play by only following visual cues to look for key locations on the map. You still need to do some quest activation and quest marker stuff, but there is a lot you don't have to do." 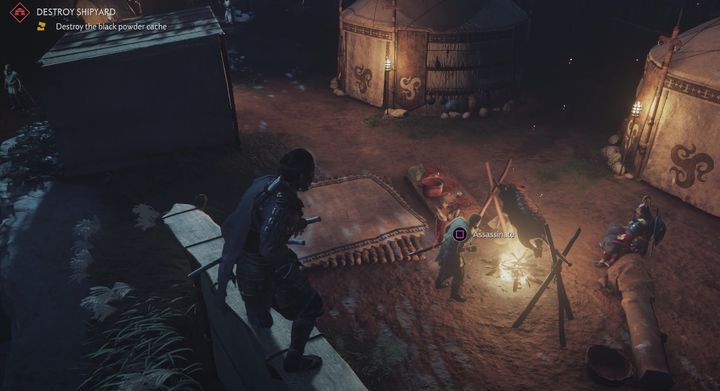 There are some mandatory stealth sequences, but generally they are not a big challenge.

How are enemies and gadgets variety ? and have found some "OP" gadgets or it depends on your situation?

"Enemy variety is pretty standard and is based on the weapon and place on the map. Most of the gadgets are pretty OP since they give Jin an advantage over groups."

Does Jin have a place he can call home?

"No home base type concept."

Are there like random encounter 1 on 1 boss fights? Or just the duels.

"Just duels. The duels are all scripted encounters. You will know a duel is happening."

Did you prefer the ghost or samurai play style?

"Samurai. It was cool to challenge a group of enemies and take them all out. Stealth is much simpler." 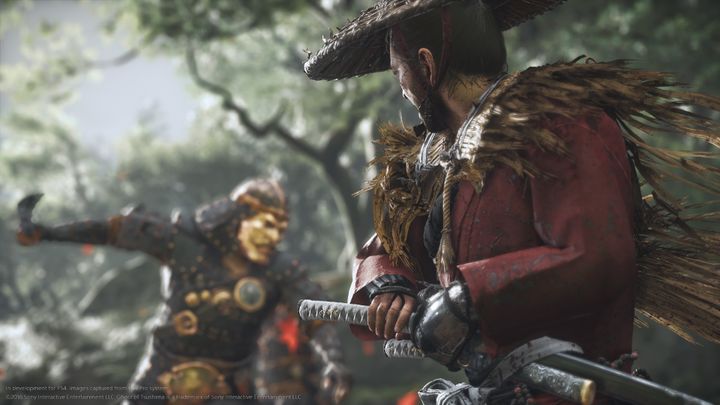 Fights can often start with provocation.

Most of the stealth sections aren't too difficult - you don't have to be afraid of them, even if you don't usually play this kind of games. I remember only one moment that caused me some problems (it required some thinking). There are several missions where the Ghost cannot be seen, and one where you cannot kill the guards.

The gadgets are quite diverse and can be really powerful - to the point where you sometimes get the impression that they give Jin too much advantage (especially at the beginning of the game). However, opponents also quickly start using newer tricks and weapons, forcing the player to use the full range of possibilities more often.

As for duels, there are "random" 1-on-1 encounters with bosses in some Mongolian camps, but it looks like you do a few other things in the area first, and then there is the final boss fight. There is also the taunt mechanic - you can often start a clash with a given group of enemies by challenging them and kill one or more of them with a single strike (we observe all this in a spectacular cinematic slowdown, and then the game goes back to normal and we fight the remaining enemies normally)

How many armors are in in the game?

"Like 15 chest/arms/leg armor "sets"? But there are a lot of hats/headbands and masks that can mix with those sets."

Can you change the appearance of your currently equipped gear to make it look like another? Like wearing a massive armor but looking like a ninja ?

"No transmog or anything like that. I hope they do add it." 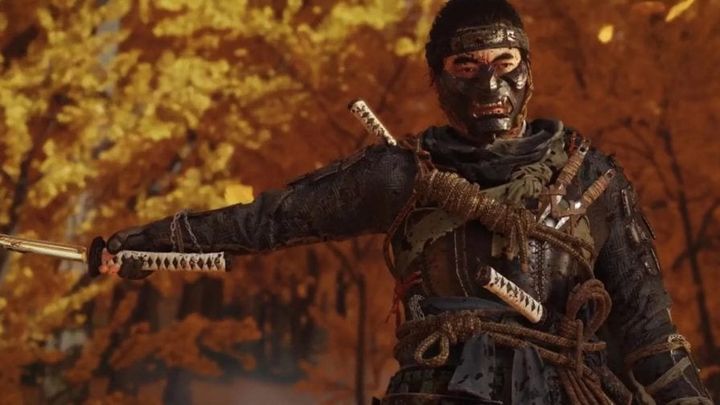 One of the available armor is the Ghost armor, which we know from trailers.

Can you change hairstyle, grow a beard, anything like that?

Does this game cause the fan [PS4 - editorial note] to go into rocket engine mode?

"The console was loud practically all the time. The performance was fine. No problems with pop-in. Draw distance was good."

I get motion sickness from some games. When watching the videos, I noticed the camera shakes during movement. Do you know if there is setting to allow turn off camera shake?

"No camera shake or anything like that. I didn't notice anything beyond the basics of a video game, but I can't say definitively how you will respond."

I was playing on PS4 Pro with the performance mode on, and the game seemed to run perfectly smooth - there wasn't a moment when I would notice any performance drops. Unfortunately, colleagues who played Ghost of Tsushima on the basic version of PS4 reported some fps problems at some points.

The Witcher Reads Reddit. And he Cares About What You Write