Recently The Pokemon Company announced on Twitter that the game Pokken Tournament DX will be free to play for a limited time. The free week starts tomorrow, July 29th at 10 AM PST, and will last until August 4th at 11:59 PM PST. However, this will only be available for Nintendo Switch Online members.

This week of accessibility comes at an important time for the games community. For the last few weeks the Pokemon Players Cup has been hosting its Pokken Tournament DX Regional Qualifiers, which will lead to a World Finals featuring 8 of the top qualifying players. Certainly this is no coincidence. 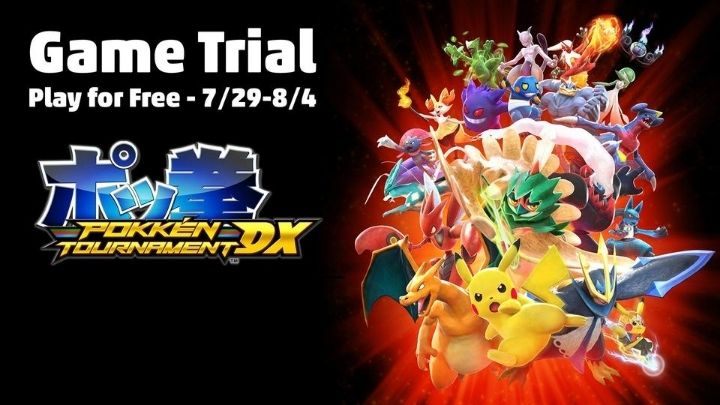 Now more players than ever will have somewhere to vent their excitement as they watch the top players compete for the championship. Who knows? Maybe the next world champ will start playing this week.

Will you be trying out Pokken Tournament DX this week? Do you have any interest in watching the Players Cup? Or even competing in a future tournament?

The free week for Pokken Tournament DX begins tomorrow, July 29th, but you can pre-download the trial now on the Nintendo eShop.

Week 3 of the Regional Qualifiers streams on July 30th from 3pm to 5pm PST, with the finals streaming on August 15th and 16th. You can watch the stream here.