A month ago, an RPG adaptation of the Alien brand was announced, which will enable you to roleplay in the universe created by Ridley Scott. Today, Free League Publishing announced the imminent launch of pre-orders for Alien RPG. The campaign will start on May 25 at 6 am PST / 9 am EST / 3 pm CEST and will end on August 4. The price has not been announced yet, but it was promised to be disclosed at the beginning of the action on Saturday. 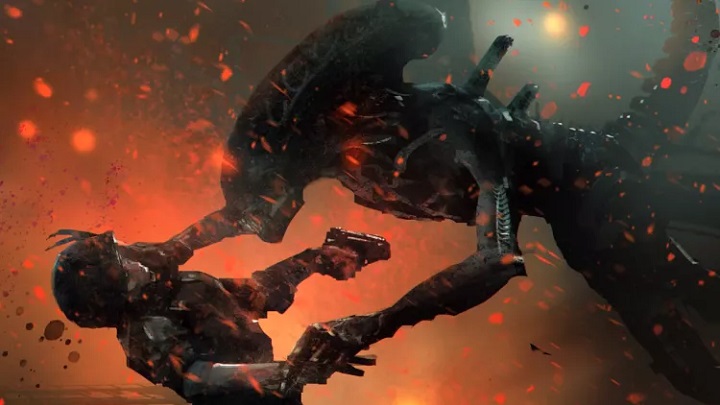 Alien RPG will soon be available for pre-order.

Tabletop Alien RPG will use the Year Zero Engine, the proprietary Free League Publishing system developed for Mutant Year Zero (which you can remember from Mutant Year Zero: Road to Eden, released at the end of 2018). The title will enable playing in two variants: a typical campaign and a cinematic mode. The latter will bet on "fast and brutal gameplay", in one or more sessions, divided into three acts. At the beginning of each of them the players will receive so-called Personal Agenda, which will not be disclosed to other participants. They will often contradict not only the motives of the other heroes but also the welfare of the whole group, leading to open conflicts in the final act. The conflict part is not certain, but it will probably be enough for players to look at their companions with a distrustful eye.

The first cinematic campaign will be Chariot of the Gods by Andrew E.C. Gaska, where three to five players play the part of the USCSS Montero crew. Interestingly, we won't have to wait for the release of Alien RPG to try it out. If you purchase the game before release, you will be able to download the 168-page PDF Chariot of the Gods from the DrivethruRPG website as soon as your order is confirmed. The publisher also hopes that after checking out the game, you will share your comments with the company, for which it intends to distinguish buyers in the full edition. This will include more than 3300 pages of a rulebook, a description of the Alien universe and a handful of accessories. A special edition of the rulebook for the 40th anniversary of the original 1979 film has also been prepared for collectors, which will be available only as part of the pre-order campaign. Alien RPG will be released at the end of the year.