Dark Side of Gaming reports that the fourth installment of the Project CARS racing game series is in the pipeline. The game is said to use Madness 2.0 Engine technology, which provides highly realistic graphics. The source of the information is a series of tweets by Ian Bell, COE of Slightly Mad Studios (unfortunately the entries have already been deleted). 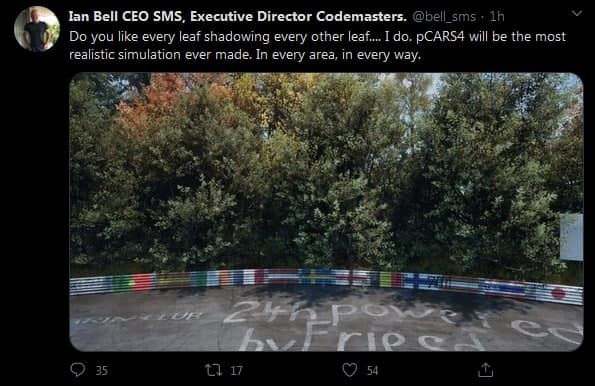 Ian Bell describes Project CARS 4 as "the most realistic simulation ever created". We're supposed to get, among other things, detailed shadows (resembling what we can get with ray tracing), a full 24-hour day and night cycle, and leaves that are affected by wing gusts from passing cars and can even settle on the windshield. 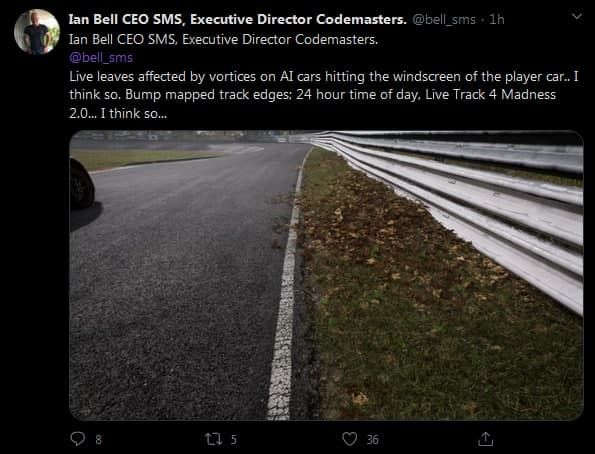 It is worth recalling that the third part of the Project CARS series debuted in August this year and was quite well received by the reviewers. Interestingly, one of the things the experts most often complained about was the fact that the game is moving too far away from its simulation roots and thus slightly losing its identity, becoming something like the inferior Forza Horizon. Did the developers really take this criticism to heart? It's hard to say, because Ian Bell's tweets focus on the graphic layer, not the gameplay mechanics and driving model.