We've previously written about scalpers selling the latest RTX 3000 series GPUs. Equally interesting is the aftermarket analysis of the PS5 and Xbox Series X and S by Oracle data engineer Michael Driscoll, who used a script to track sales of next-gen consoles on eBay and StockX. The conclusions presented below only apply to data from the aforementioned US sales platforms, but can certainly provide a relevant benchmark for other markets. 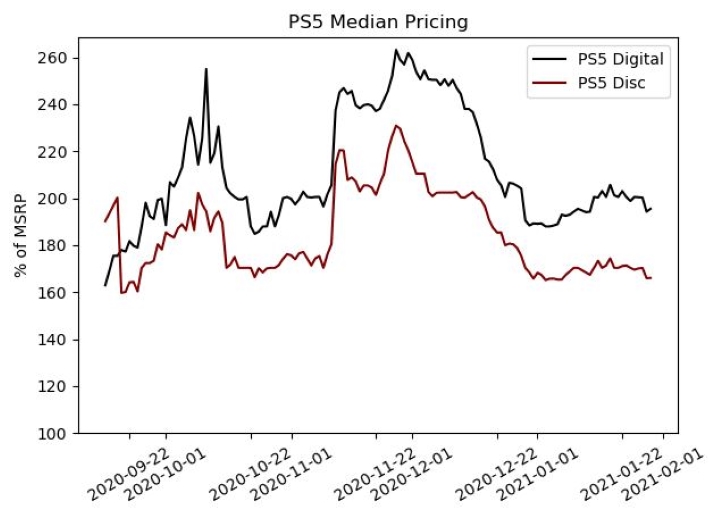 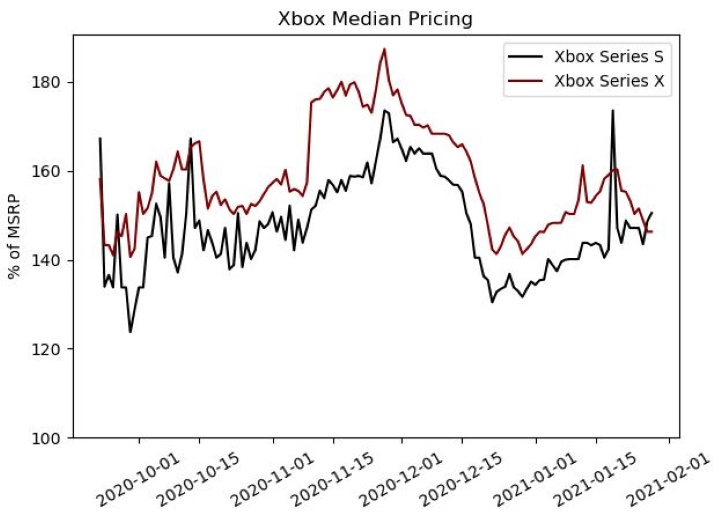 The market is therefore far from equilibrium, the latter being expected to appear only when all the companies responsible for the production of next-gen consoles provide a sufficient supply. Unfortunately, things do not look good in this field - Microsoft warns of shortages in the supply of Xbox Series X and S, and AMD has already confirmed that problems with the production of components for new consoles may last even until the end of this year.

Over 4 million Players Have Become Vikings in Valheim

Steam Tests Option to Play Together Without an Account