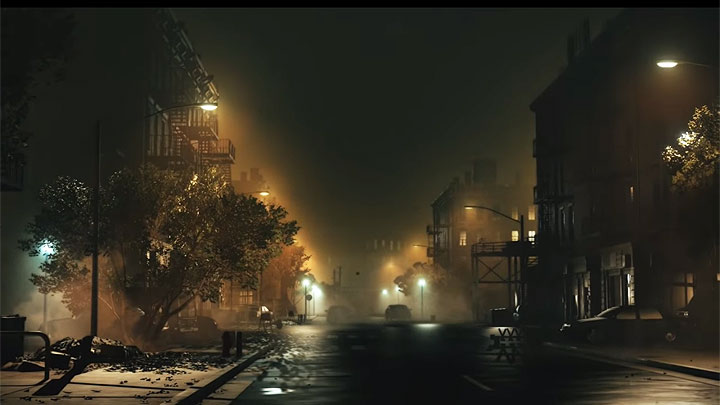 The demo features a surprisingly large part of Silent Hill.

Last week we wrote that Lance McDonald proved that the main character of P.T.demo , the cancelled Silent Hills game is a character played by Norman Reedus. But McDonald didn't stop there and continued digging into the data. Thanks to this, he managed to reach previously unavailable locations, which allowed him to explore a part of the city.

At the very end of P.T., the players had the opportunity to see Silent Hill itself, but it was not available for exploration. It turns out that surprisingly large parts of the city were placed in the demo. That way, we now have a better idea of what the deleted game was supposed to offer.

In P.T. the doors in the corridors lead to alternative versions of the same location. Lance McDonald changed the game code so that the passage through the door would move the character to town instead. It is quite extensive, covering many streets and buildings. Not all elements are fully completed, but still, the level of detail is very impressive.

McDonald prepared a video showing the exploration of the town. It is interesting, but at the same time it causes sadness about the cancellation of the project. The main dev of P.T., Hideo Kojima is already working on another title, though. It is possible that it will be a horror game and in that case the designer will probably use some of the ideas prepared for Silent Hills.