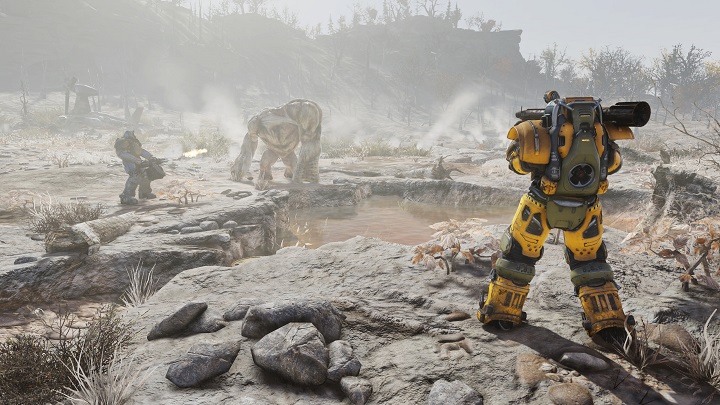 Public teams will be coming to Fallout 76.

Update number 20 will be coming to Fallout 76, so the developers have decided to introduce the upcoming changes and new features. First of all, the so-called public teams will be introduced to the game, a feature that will enable the players to form groups not only with friends. From now on, everyone can also secure their account with multi-stage authorization. Detailed instructions on how to do this can be found here.

So far, in Fallout 76 the players have not been able to form groups with others if they were not on their friends list. However, the developers have decided to introduce the function of public teams (consisting of up to four people). In the social menu, we can see a list of existing teams in our world (these are also visible on the map) and join the selected one. Each team will have a common goal (e.g. hunting or exploring), so we can find the players with similar interests. Nothing stands in the way of creating such a team by ourrselves and waiting for others to join. Playing in teams will provide additional bonuses.

Let us remind, that on April 14, Fallout 76 received a huge update titled Wastelanders, which introduced NPCs and a ton of new content, thanks to which even solo players can have some decent fun. The free add-on gathered quite good feedback and the fans admitted that the game looks much better with it. In May this year, the devs presented first details of subsequent updates. We found out that with the upcoming changes seasons will be introduced to the game. At the same time, the current challenge system will also be reworked into something resembling a season pass (prizes will be awarded for achieving subsequent challenge ranks).