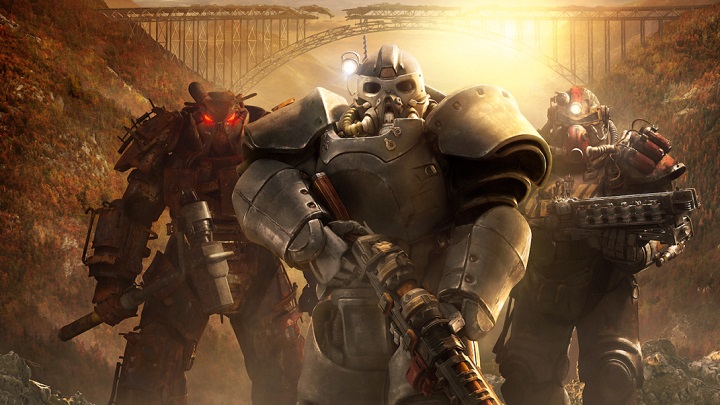 A lot of new content is coming to Fallout 76.

On April 14, this year, Fallout 76's players have received a huge update titled Wastelanders, which introduced NPCs and a lot of content, thanks to which even solo players can have some fun in the game. The free add-on gathered quite good feedback and the fans admitted that the game looks much better with it. At the beginning of May, during a Q&A session, devs at Bethesda informed that the title will be developed at least for the next year. Today we got the first details of upcoming updates and roadmap for new content.

The biggest change will be the introduction of seasons, which will enable the devs to, among other things, rework the current challenge system. The first one will appear in the summer (with update 20), although the exact date has not yet been given. The next ones are scheduled for autumn and winter. The coming of each season will mean the introduction of novelties in the game. Thus, Fallout 76's players will eventually see legendary perks and thematic events. Further plans include changes in level scaling, as well as new story quests associated with the Brotherhood of Steel. A detailed list of planned changes can be found in the infographic below.

As we mentioned earlier, the introduction of seasons to Fallout 76 will be one of the most important changes. Their presence means, first of all, that the current system of challenges, which according to the developers did not work out so well, will be significantly reworked. The new element will be introduced in the form of season passes known from other games (although it will not be a paid season pass). During specific seasons, the players will be able to perform a variety of tasks and challenges and thus gain experience points needed to acquire subsequent "pass" ranks.

Each rank will mean a new award, including cosmetic and utility items, as well as caps and atoms. For achieving rank 100, we will receive a special pack with rich content. Each rank can also be unlocked for Atoms, but this option will only be available two weeks after the season's introduction.

Last but not least, a free weekend with Fallout 76 started tonight so the players can see if the latest changes have really made the game more fun and maybe even worth buying.