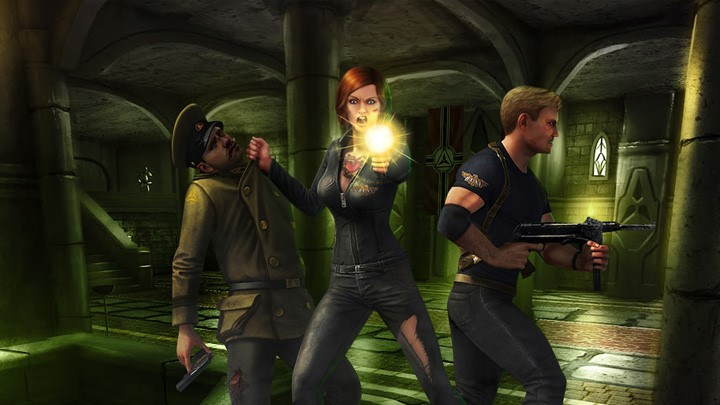 The iconic FPS from the 90s will return in a new edition.

Polish studio Destructive Creations and Apogee Software are working on Rise of the Triad Remastered. The creators want to refresh the iconic FPS by introducing a few features to the game.

The announcement of the Rise of the Triad: Dark War remaster appeared in a somewhat unusual, humorous form. Developers working on the overhauled gane will prepare support for contemporary resolutions and aspect ratio (the announcement says 16:9), refined mouse control option and a multiplayer mode rebuilt from scratch .

Unfortunately, there was no attempt to provide more in-depth information on the port of the game released at the turn of 1994/1995, and we also don't know how the remaster will compare to the refreshed version from 2013. We've also been given gameplay video, so we have to settle for what we can see in the short video recorded on a Nintendo Switch.

Rise of the Triad Remastered will debut in 2021 on PC, Nintendo Switch and as yet unnamed PlayStation and Xbox.

Rise of the Triad Remastered

Rise of the Triad