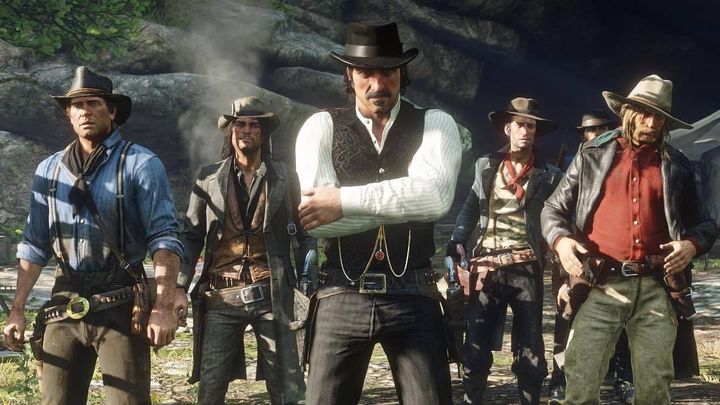 RDR2 got a number of patches to fix bugs and improve performance.

Developers from Rockstar Games reported that with patches for the game, the Launcher updates and drivers for Nvidia GPU, most of the serious performance issues appearing in the PC version of Red Dead Redemption 2 have been eliminated. This does not mean that there will no longer be any positive changes, but rather do not expect that the game will suddenly start to run much better than at present. However, if you are still encountering complications, the company encourages you to contact the user support.

The devs also reminded that PC players will receive a number of gifts for Red Dead Online, which are to compensate them for the poor launch of RDR2 on PC. If you look in the clothes storage in the camp or in any shop with such things, you can pick up Prieto Poncho. A visit to the post office or a look at the box in the camp will provide us with a pack in which we will find ammunition, throwing knives and tonics to regenerate health (for a full list of items you can read in the source linked in the first paragraph). With the next update, the list of gifts will expand to include a variant of Marino Bandolier (a new item that will be added in a patch), holster and a few other details.

We remind that on December 5 Red Dead Redemption 2 will debut on Steam. So if you delayed your purchase while waiting for the release on Valve's platform, your patience will soon be rewarded. Of course, the game is also available on PlayStation 4 and Xbox One.