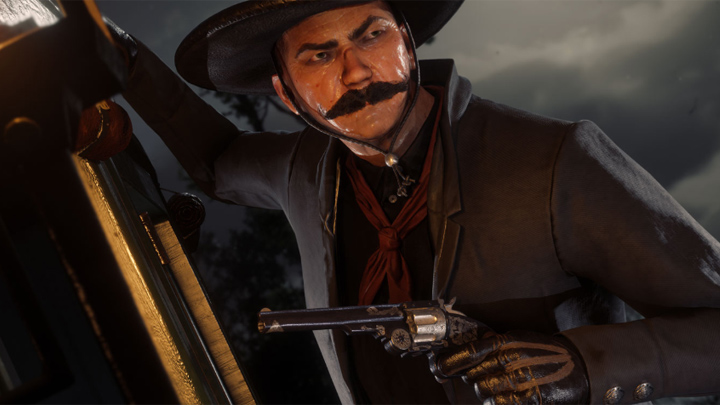 Rockstar Games prepared a lot of attractions for fans of Red Dead Online.

Rockstar Games decided to make the fun more pleasant by organizing a new event with prizes in Red Dead Online, the online module of Red Dead Redemption 2. Everyone who plays RDR2's multiplayer at least once by April 14 will receive five bars of gold. The devs warn that it may take 48 hours for the gift to reach our account.

The second attraction are the daily challenges. If we complete a series of three, we will receive an additional set of prizes. It includes ten special medicines and the same number of tonics and snake oils. What's more, there are twenty incendiary bullets for rifles.

In addition, the racing and confrontation modes now provide double experience points. This promotion will continue until the end of this week.

As a reminder, Red Dead Redemption 2 made its debut on October 26 2018 on Xbox One and PlayStation 4, and at the end of last year the game hit the PC, first debuting through Rockstar Games Launcher and Epic Games Store, and a month later on Steam.

Red Dead Online launched on consoles in May 2019, after many months of beta-tests. On PC, the multiplayer games were made available with the release of RDR2 port.