Every now and then Steam users get to play a hot game for free. This weekend, PC players can try out Volitions Saints Row IV free of charge on Steam. The offer lasts until Sunday. This is also a good chance to buy the game and keep it forever, as it is offered at a reduced price  $3.74. Alternatiely, you can buckle up several cents more, pick up the Game of the Century Edition for $3.99, and enjoy the full game with all DLC packs, including the story-based Enter the Dominatrix (but not the standalone Gat Out of Hell  that is available separately, currently for $3.74, which is also 75% off the standard price). The offer is live until Monday. 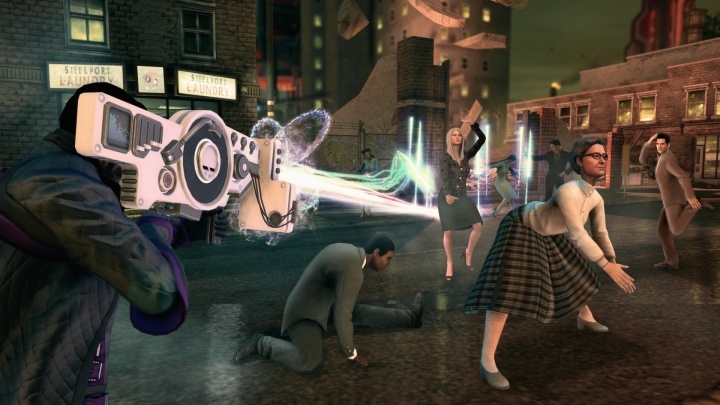 Lets get this party started!

Saints Row IV is currently the latest entry in the wacky, action-packed sandbox series and there arent any more of them on the horizon. However, Volition is putting the finishing touches on their next game, Agents of Mayhem, coming out for PC, Xbox One and PlayStation 4 on August 15, 2017. That one too is a third-person sandbox shooter, in which the players assume the characters of superheroes fighting a group of supervillains. Besides, the two titles share the same universe and tone. Find out more on the official website.