GPUs based on RDNA 2 technology won't just be available in PCs and PS5 and Xbox Series X/S consoles. Under an agreement between AMD and Samsung, they will also make their way into smartphones. The mobile version of RDNA 2 is to be installed primarily in future flagships of the S series. However, according to some unconfirmed information, cheaper models may also get access to the benefits of this architecture.

Rumor has it that GPU with mRDNA 2 may be installed in the upcoming Samsung S22. One of the users of clien.net wrote that the technology may also be coming to the A-series models, together with new chipsets based on Cortex-A78 cores. It's about Exynos 2100 and, interestingly, the source of the above information also shared the results of GFXBench 5.0 benchmarks. This chipset based on AMD's technology would achieve the folowing values in individual tests: Manhattan 3.1 - 127.5 FPS, Aztec - 90.7 FPS, Aztec High 39.65 FPS. 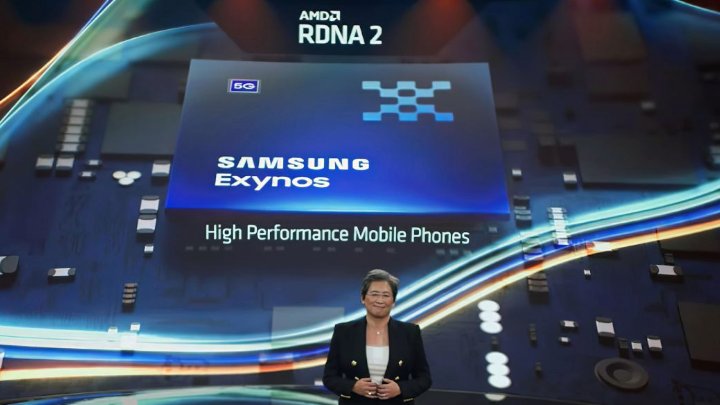 These numbers are supposed to come from Round 3 tests, so they prove at the same time the low impact of throttling. It is known that such information should be approached with caution, as these are leaks. New Samsung S22 family of smartphones is expected to be presented in early 2022. Powerful graphics chips from AMD may be one of their strengths. If the rumors are confirmed and mRDNA 2 will also appear in cheaper models, Xiaomi may have something to think about.

The Witcher 3 Characters Made More Life-like Thanks to AI

Call of Duty: Vanguard has a Dog Problem

28 Minutes of Gameplay From Elex 2 Beta