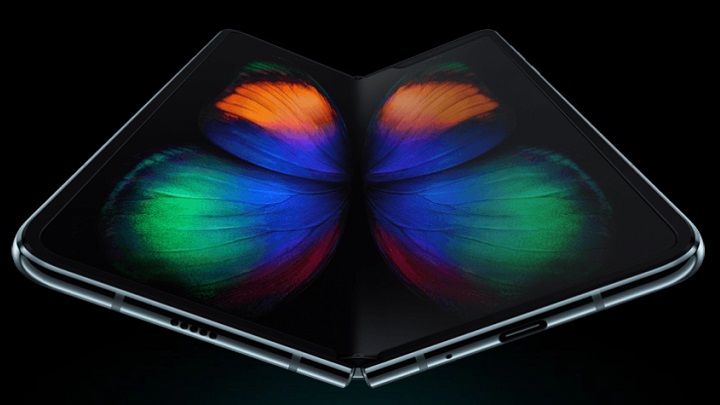 Despite the necessary corrections in its final version, Samsung Galaxy Fold, the problem child of the Korean company, still leaves much to be desired. In the video presenting the user manual, the manufacturer tries to turn the delicacy of the equipment into an advantage by writing:

A smartphone as incredible as this, deserves care like no other.

However, it is difficult to be convinced by the commercial, when we hear that the said polymer screen can be damaged even with a nail, let alone with keys or small change. Also the small depression that divides the screen in half is still there - in the video the producer points out, in tiny print, readable only in high resolution, that this is a natural feature of this phone. And warns us not to touch the screen too hard.

A built-in magnet to hold the phone in a folded position may demagnetize credit cards and affect implanted medical devices - people with pacemakers will need to consult a physician before using them phone. The smartphone should be kept away from dust and dirt (it is better not to take it to the beach) - small particles will adversely affect the fold mechanism. Avoid any contact with water. In this context, the decision of the Korean giant to start work on a new folding smartphone is a very understandable step.

Let's remind that the model costs two thousand dollars. The question is therefore whether it would not be wiser to buy both separately instead of a smartphone-tablet, and to save money at the same time. In Singapore, Samsung Galaxy Fold sold out on the day of its release.

People with implanted pacemakers and other medical devices should pay special attention to the small print from Samsung. Actually, them and anyone else interested in buying the phone.

Manufacturers are aware that for such money customers have the right to expect more - after spending the equivalent of $2000, you will also gain something called Galaxy Fold Premier Service. It includes 24-hour customer service, door-to-door delivery and a one-time right to replace the screen if something unexpected happens to it. This facility will cost about $145.

After the corrections, the screen does not deform any more during use, and there is no visible foil on it that could be removed even though it should not - its edges have been wrapped under the casing. The hinges have been improved and sealed. It is very difficult to bend the device the other way using average human strenght. If we look the other way when it comes to fragility, it would be definitely worth recommending.

Currently Fold is already on sale in South Korea, Singapore, France, Germany, Great Britain and Germany, and in the near future it will also be sold in the United States.

And now it's time for something extra - bashing. Zack Nelson from the JerryRigEverything channel decided to take the new model and see how tough it is. Attention, spoiler: It isn't.