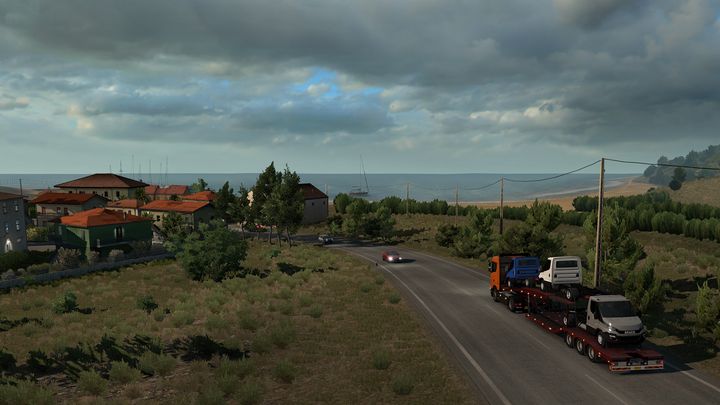 It seemed that after the launch of Euro Truck Simulator 2: Italia, the Czech team at SCS Software was unlikely to return to the Apennine Peninsula, especially after the announcement of the next expansion, which is most likely to introduce the Balkans to ETS2.

The developers, however, decided to surprise the fans and informed that the main element of the patch number 1.35 will be a new area, the Italian island of Sardinia. To get there, players will need to use a ferry, which can be found in ports located in Naples or Palermo. From there we will sail to Cagliari, which will be one of three cities to visit - the other two are Olbia and Sassari.

Due to the size of the island we will not find motorways and expressways on it - the basis of communication are to be local, winding roads, enabling us to admire a number of olive groves and vineyards, when we ride along the picturesque coast. One of the tourist attractions will be the Church of St. Mary of Bethlehem in Sassari, which we will see during the transportation of various cargoes.

The 1.35 patch should be available in the next few weeks - the developers will soon announce its release date, as well as other new features that it will bring.