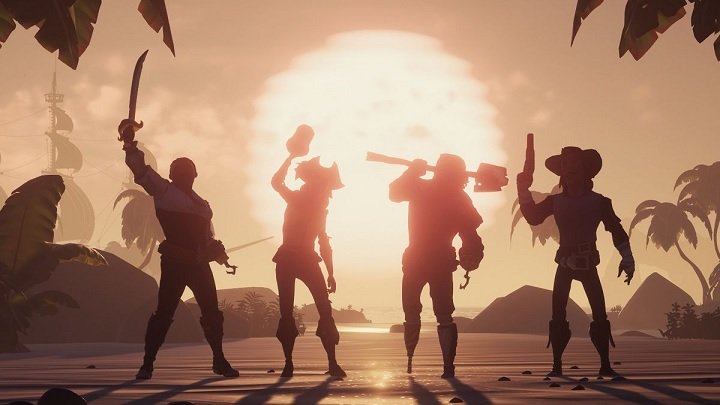 Sea of Thieves' appearance on Steam waters proved to be a good call.

Tomorrow it will be a month since the day Sea of Thieves debuted on Steam. Although the game had been available on Microsoft Store for over two years, its release on Valve's platform was a huge success.

Currently, Sea of Thieves is ranked first on the list of Steam's biggest bestsellers. In fact, the game rarely leaves this position since its launch on the website. The devs' success is all the more impressive as the great summer sale is currently underway, and the pirate MMO game is not taking part in the sale and was not discounted, unlike other top five game.

Steam users not only buy Sea of Thieves in bulk, but also spend a lot of time playing this game. Yesterday, at the hottest moment of the day, 59,000 people were playing the title on this platform. This is slightly less than the activity record for this project, which is 66 thousand users.

No official sales figures have been disclosed so far so we have to rely on the estimates of the paid version of SteamSpy, according to which 428 thousand people have already bought the game in Valve's store.

It is clear that Steam users do not mind that Sea of Thieves has long been available on another website. Many of them preferred to wait for the version for their preferred platform or did not take the title into account at all until it made its Valve debut.