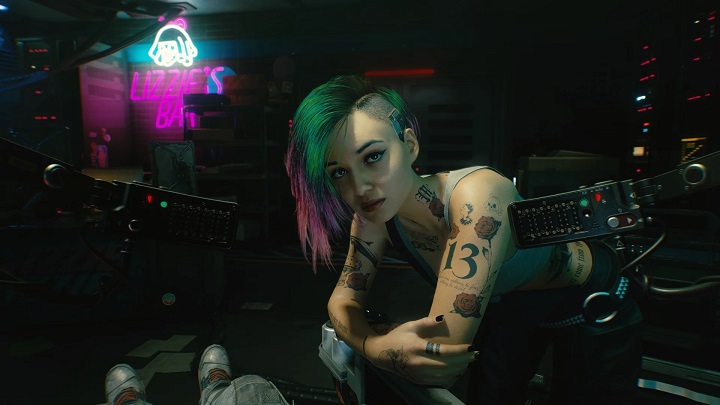 For a week now we have known that Cyberpunk 2077 will offer ray-tracing support based on DirectX 12 Ultimate libraries. More about the applications of this technology is revealed by a recent interview on PC Games Hardwar with Jakub Knapnik and Marcin Gollent from CD Projekt RED. The devs have repeated much of what they have said so far, but also revealed some important information. Cyberpunk 2077 will work not only on Windows 10, but also on Windows 7. This is due to the addition of DirectX 12 support by Microsoft last year, and the developers are testing the game on the older system for possible problems. Unfortunately, the title will not run on Windows 8.1, as this edition of "Windows" has not received a similar update.

The information may come as a surprise, but it will certainly please those who do not want to switch to Windows 10. Since January, the seventh Windows has not been supported by Microsoft, even with security updates. So it wouldn't be any wonder if CD Projekt RED decided to ignore the older system. However, this did not happen, fortunately for the still numerous users who rely on Windows 7. According to Computer World, after Net Applications analytics group, almost 25% of PCs still use this version of the OS.

Marcin Gollent also dispelled doubts about the compatibility of Cyberpunk 2077 with GPUs without DirectX 12 Ultimate support. The main graphics programmer at CD Projekt RED confirmed that the game will work on any GPU compatible with the basic DX12. The features of the Ultimate version are de facto extras that work on hardware capable of using them and will not hinder gameplay on cards that do not meet this condition.

Sea of Thieves Remains Steam's Number 1 Even Month After Launch

Hackers From Anonymous Join the Attack on TikTok