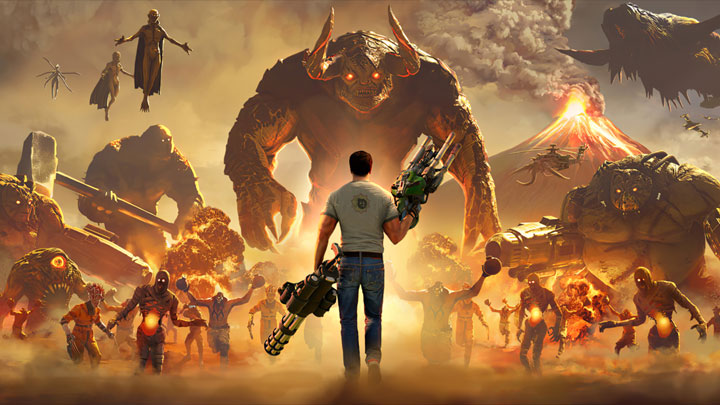 Serious Sam is back

Serious Sam 4 finally joins us today. The next installment of the popular series of FPS games was developed, as usual, by Croteam. The game debuted today on PC and Google Stadia.

There are also plans for Xbox One and PlayStation 4 ports, but we'll have to wait until next year for them. Before buying the PC edition, it's a good idea to familiarise yourself with the game's system requirements that were published a few days ago.

Those waiting for Serious Sam 4 should be interested in the video prepared by Nokzen channel. It shows the first 45 minutes of the campaign and gives a good idea of what the latest installment of the series has to offer.

Unfortunately, for now this kind of material will have to suffice, because we are still waiting for the first reviews of the game. Thus, it is difficult to judge whether it meets the hopes of the players.

Besides the Serious Sam series, Croteam's most famous work is The Talos Principle. A few years ago there were reports of a sequel, but since then the project has went off the radar. One of the developers has just confirmed that the sequel is still in the pipeline, and work on it will start in full after SS4 is released.