If anyone didn't believe the developers of Shadow Warrior 3 concerning the release date after the last delay then now you can now put your doubts in a drawer. Flying Wild Hog announced that the game has gone gold, meaning the development has come to an end.

What's more, later this week reviewers will receive copies of Shadow Warrior 3. So it is possible that the first reviews of the game will appear long before its debut.

The third Shadow Warrior will be released on March 1 on PC, Xbox One and PlayStation 4. The title will also be available on PS5 and XSX/S as part of backward compatibility. 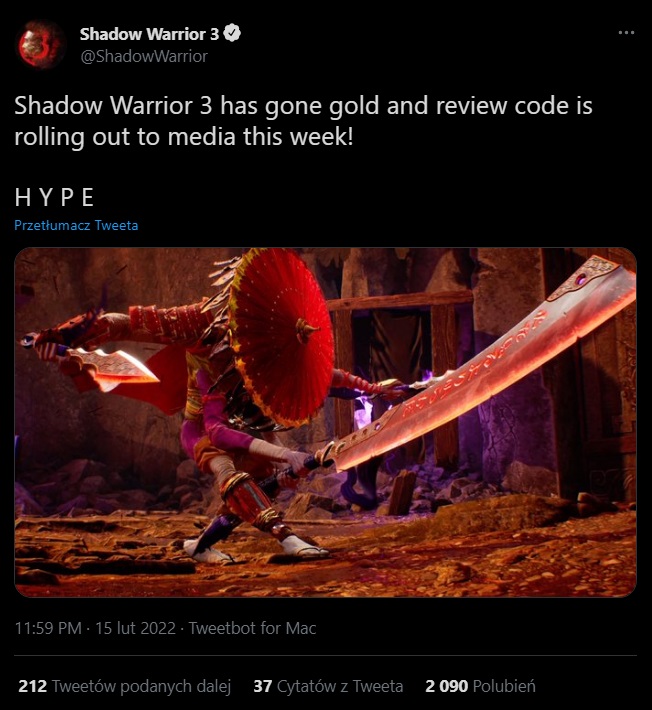 EA on Battlefield 2042 Fiasco and Its Reasons; Tom Henderson Reports