SnowRunner's development continues. Since its release, the off-road driving simulator has seen a number of new additions across three seasons of support, and the fourth, titled New Frontiers, is approaching. Its launch is set for May 18. The update will introduce a whole lot of attractions to the game (via Games Press). Here is video presentation:

As was the case in previous seasons, the main attraction of New Frontiers will be a new region. The players will get a chance to travel to the Amur region, located in the southeastern part of Russia. Prepared by devs at Saber Interactive, the zone is 12 square kilometers and consists of a total of four maps full of off-road wilderness and difficult obstacles. While in the region, our main mission will be to help rebuild an old abandoned spaceport and all the necessary infrastructure. Two new vehicles to be introduced in season 4 will help us in the task - the powerful ZiKZ 605-R and the agile Khan 317 Sentinel. In addition, we should also get new exclusive items to customize our machines.

Remember, though, access to the aforementioned items will only be granted to those who have the Season Pass or Premium Edition of SnowRunner. Fortunately, there will also be a few free innovations in the form of fresh challenges and activities. 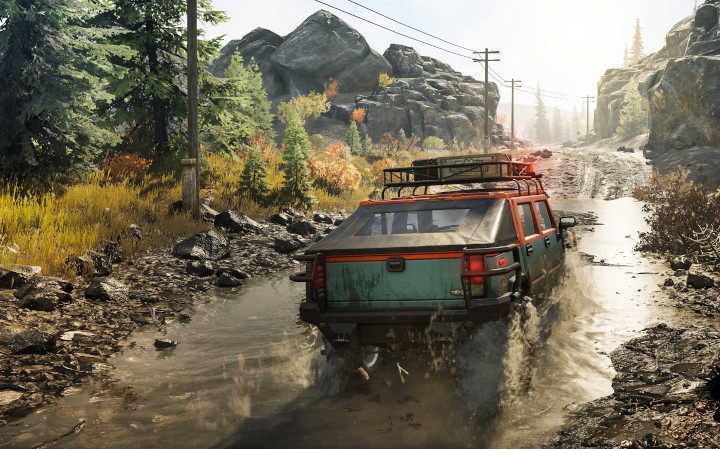 See you in the wilderness.

SnowRunner is available on PC, PlayStation 4 and Xbox One (as well as PlayStation 5 and Xbox Series X/S as part of backward compatibility). On the former platform, the title has only been playable via Epic Games Store since launch, but simultaneously with the launch of season four it will also appear on Steam and Microsoft Store. On the same day, SnowRunner will also launch on Nintendo Switch.