Just over two weeks ago, the latest State of Play took place. We could expect to have to wait at least a few months for the next edition of the event.

According to Tom Henderson, however, it will take place next week. The clues he's gathered are there to prove it.

Mysterious updates and a new controller 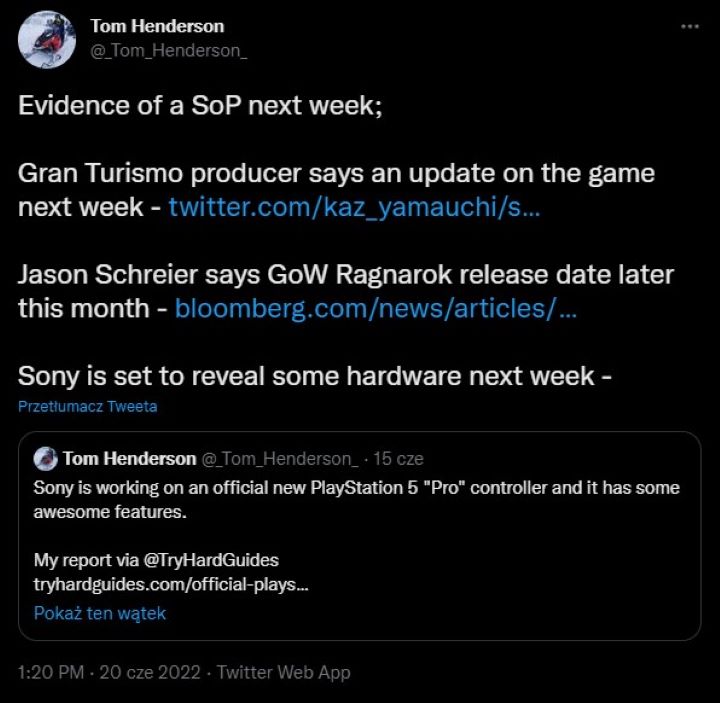 Henderson has made it clear that Sony has something to show. The best opportunity to present new products is an episode of State of Play.

The first clue suggesting the arrival of the event has to do with the release date of God of War: Ragnarok. According to sources of th well-known journalist Jason Schreier, the game is expected to be released in November. A State of Play, on the other hand, would be a good opportunity to provide this information.

Moreover, Henderson says that Sony is working on a special version of the PS5 controller. It is to be a much more complex and professional tool that will receive new features. It is to be officially announced later this month.

So this is another novelty that could power the line-up of a hypothetical State of Play. However, this is just a theory put forward by Henderson. We should therefore approach it with appropriate cautions.