Epic Games Store has launched a special offer called Creator Appreciation Event. Purchase of a game from the offer, costing at least $14.99 and addin a creator's tag or using its hotlink at the end of the transaction will result in a coupon worth $10, which can be used for the next purchase. It is worth noting that the action will end on November 18 at 11 am ET. However, with the use of the coupon you do not have to hurry too much, because it will expire only on April 30, 2020 at 11:59 pm PT.

However, the offer is subject to certain limitations. You can only get one coupon per account. In addition, you may only use it to purchase "qualifying games", i.e., titles already released on Epic Games Store, and neither pre-sold titles nor add-ons or in-game purchases are eligible for the promotion. The coupon will also be cancelled if you return the game purchased to get it or by using it (in the latter case, the value of the refund will be equal to the actual amount spent on the title). 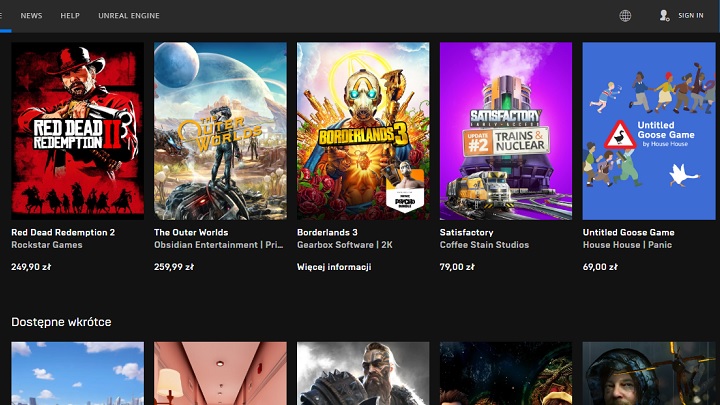 The Epic Games Store doesn't lack games that qualify for the new promotion.

We would like to take this opportunity to remind you that currently Epic Games Store customers can get free copies of Ruiner and Nuclear Throne. On November 14, a platform action game called The Messenger will be waiting for them.