A fundraiser was launched on Kickstarter, collecting money for Squad  a tactical FPS in a modern warfare setting, developed by Offworld Industries. Although the campaign has only just begun, we can already see that the developers will most likely succeed: already within the first day they managed to collect CAD 60,000, which amounts to nearly one-third of the planned 184,000. 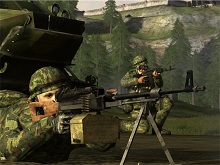 The inspiration for Offworld Industries was the Battlefield 2 modification entitled "Project Reality". Released in 2005 by Black Sand, the mod introduced seventeen factions from around the world, and above all placed emphasis on the most realistic combat and cooperation between team members. In 2008, "Project Reality" was the "Mod of the Year" according to website Mod DB, while in 2006 and 2007 it was awarded the second place.

The project started by Will "Merlin" Stahl in late 2013 was inspired by a popular modification for Battlefield 2 called "Project Reality", while most of the 22-people team of Offworld Industries were involved in its creation. According to the developers, the main goal of Squad is to depict the modern battlefield in a realistic manner and focus on team action: fast reflexes will be less important than communication with partners and carrying out the tasks assigned to a given class. In addition, the developers want to create a challenging production, in which each hit will have consequences, e.g. a shot in the leg will prevent us from running. To deliver the most realistic vision of war, the team used an engine that calculates the trajectory of a bullet depending on the weapon from which it was fired. Squad will also allow us to not only destroy, but also build bases according to our own preferences, as well as participate in clashes that will involve up to as many as a hundred players. 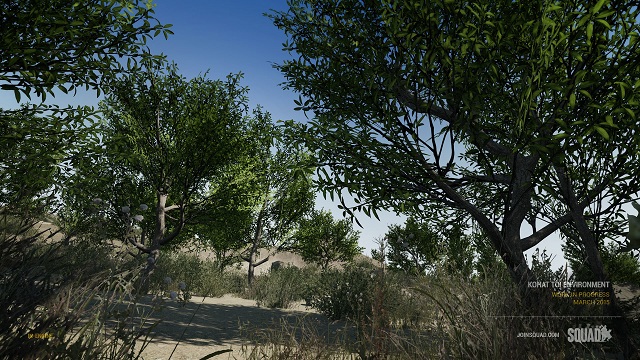 The crowdfunding campaign for Squad will last 30 more days, but it's already managed to collect one-third of its ultimate goal.

Offworld Industries is building its game on the Unreal Engine 4, which is the driving force behind productions such as The Vanishing of Ethan Carter or Daylight. Maps will be extensive and modeled on the existing locations, and the new content created by modders will be supported by the developers from the very beginning. Of course, fulfilling all these promises will require a much larger budget than CAD 184,000  the developers believe that the total expenditure for Squad will amount to around 3 million. However, the Kickstarter campaign is intended to cover only a small portion of this sum.

Large maps modeled on the existing locations will allow up to 100 players to participate in the game.

The fundraiser ends on June 27, and taking into account its initial success we can safely assume that it will end on a good note. The developers came prepared for such a possibility, adding several secondary objectives; among them we can find British and Russian armies, new maps, comprehensive statistics, and even the participation of helicopters in the battle. Depending on the outcome of the Kickstarter campaign, Offworld Industries is planning the release of Squad a year from now at earliest but no later than in two years time.