There's nothing like Steam searching for an available update as soon as you boot up - one of the beauties of PC gaming. One wishes this moment could last forever... Unfortunately, it seems that with the latest update from December 16 this sarcastic introduction has become a reality for some users of Valve's platform.

The comments under the post presenting the list of changes in the update are dominated by requests for help. Frustrated users massively report that right after restarting the Steam client to finish installing the update, a message asking to restart the application appears again. Thus, the installation process gets stuck in a kind of loop. User Cornersteel100 commented on the situation as follows:

"It's repeating, saying something like it failed to apply the update and then doing it again. I'm on Windows 11." 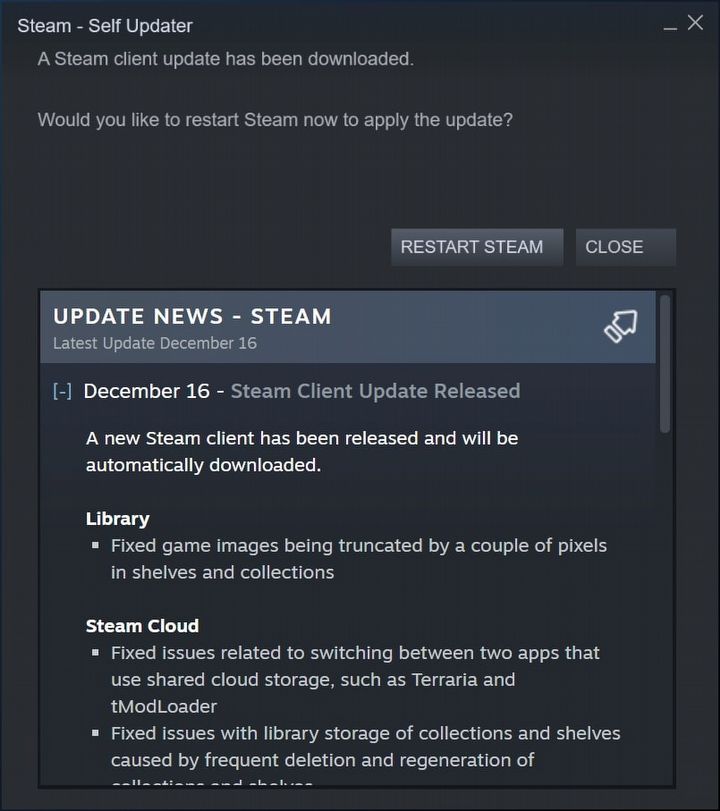 Some people complain that even despite dozens of restarts, the Steam client still asks to restart every few minutes to complete the update. Most of the people affected by this problem, however, have a thing in common - they're running Windows 11.

"If I got a dollar for every time I installed this update, I'd be a millionaire by now," user Wreckie comment.

The affliction has been occurring for almost two weeks now. It looks like Valve still hasn't addressed the issue. At the moment 448 comments are visible under the post, most of them concern the looping update. What's interesting, according to a November survey, as much as 8% of users of Steam are using the latest version of Windows. If it's not fixed now, the bug may appear in future updates.

"This update is so good that I keep coming back to install it. I install it every single day. It's a 10/10 for me," jokes nillawafer.

It also appears that the problem does not affect all users of Windows 11. I'm using this version of the system myself and fortunately the Steam update ran smoothly on my computer.

As such, the update significantly improves VAAPI hardware decoding on Linux configurations, fixes a non-rendering Steam overlay in some games using DirectX 12 libraries, and subtly improves the look of our library.

The Last Stronghold of Boxed Games; Switch Rules on Amazon

God of War Ragnarok Gets Age Rating in First Region

Veterans Will Show How (Not) to Die in Dark Souls 2

Ton of Novelties Coming to Crusader Kings 3; Royal Court DLC and Free Patch in a Nutshell

The Last Stronghold of Boxed Games; Switch Rules on Amazon